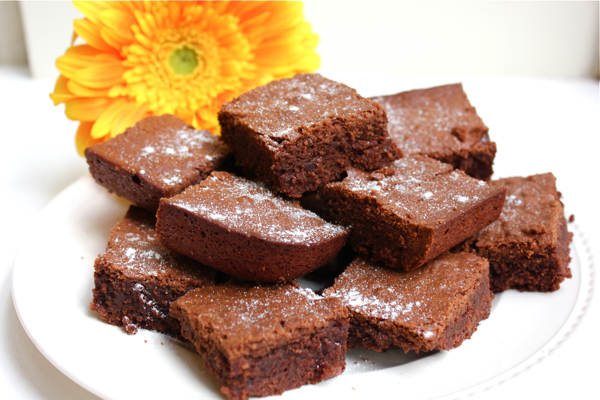 I have wanted to make brownies from scratch for a long time, but I never felt like trying out a random Internet recipe that might not be as good as the ones from the box. I didn’t want to admit to making brownies from a box either, so the sad truth is that I went without brownies for a long time. Far too long. Now that I have this recipe, it won’t happen again. These brownies strike the perfect balance of chocolatey, chewy, fudgy, and cakey. At least they do for me. 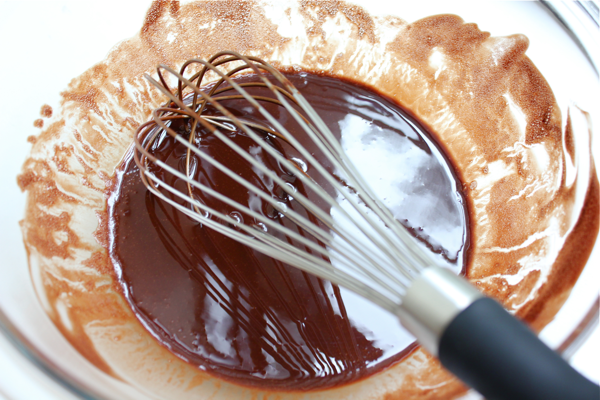 To make these brownies, bring a pot of water to a simmer.  Set a heat-proof bowl over the pot to create a double boiler. Chop up 3 ounces of dark chocolate (I used the red Trader Joe’s dark chocolate bars), and add it to the bowl with 1 stick of cubed butter. Whisk the chocolate and butter until they are melted and combined. Then, preheat your oven to 350ºF. 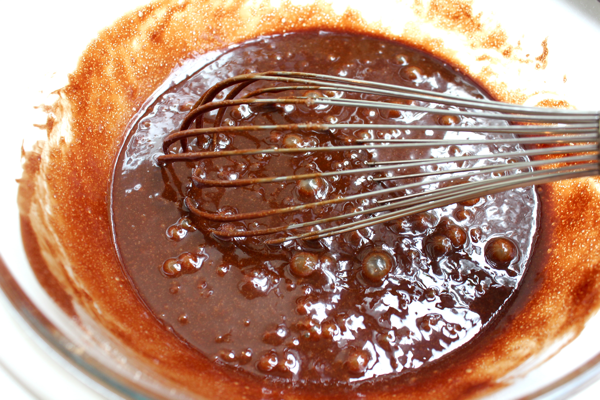 Remove the bowl from the heat, and mix in 1 cup of sugar. Then beat in 2 eggs, one at a time, until they are completely incorporated. Add 1 teaspoon of vanilla extract and 1/2 teaspoon of flaky sea salt to the batter, and stir to combine. 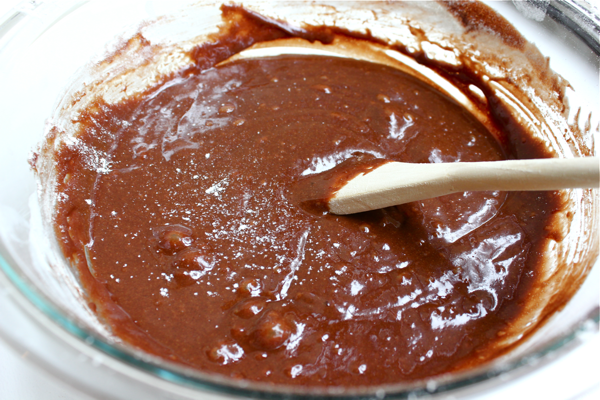 Next, mix in 2/3 cup of flour. If you want to send these brownies over the top, which I strongly suggest you do, mix in 1/2 cup of chocolate chips as well. There are few things I love more than brownies with chocolate chips in them, especially once the brownies cool and the chocolate chips re-harden to provide a change of texture. 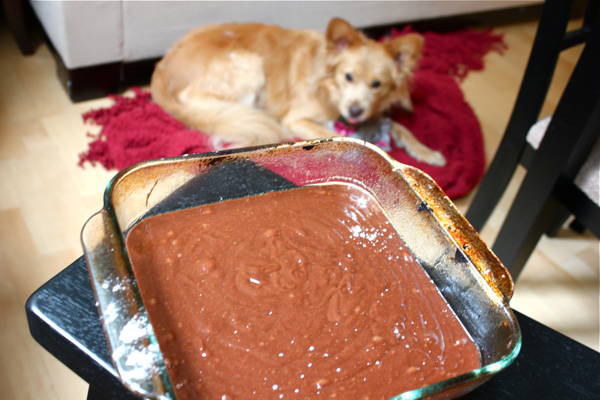 Pour the brownie batter into a greased 8×8 inch baking dish, making sure that the batter is in an even layer. When faced with these brownies, all Stella could do was lick her lips. Poor puppy, no chocolate for you! 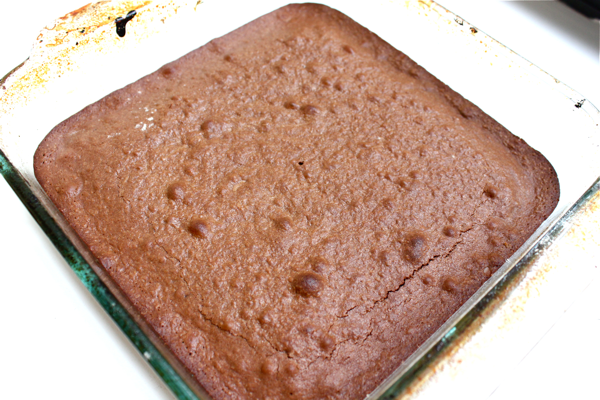 Bake the brownies for about 25 minutes or until a toothpick inserted into the center of the brownies comes out clean. 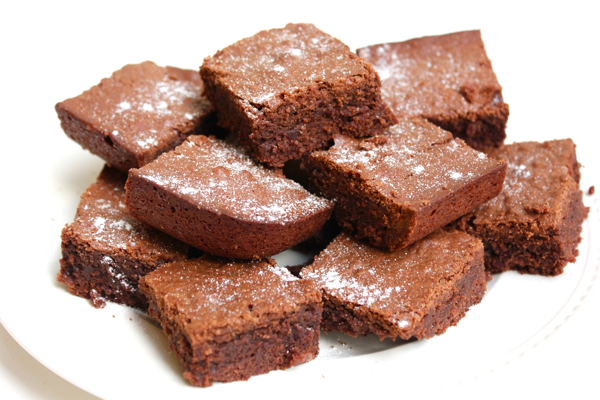 Let the brownies cool ever-so-slightly, and then gobble them up. My favorite piece is the corner- what’s yours?