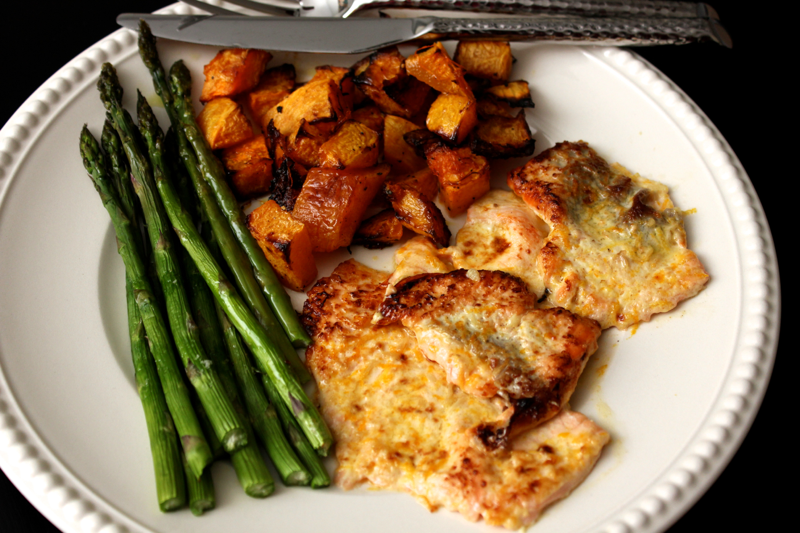 I have never seen fish prepared this way before, but it should be done more often! The cream is whipped until it is spreadable, then it is spiked with aromatics, spread on thinly sliced fish, and quickly broiled until the cream is browned and the fish is fully cooked. The whole shebang is prepared in a flash and is so delicious that it’s eaten that quickly too. I flavored the cream with orange zest and horseradish, but other flavor combinations are begging to be tried. 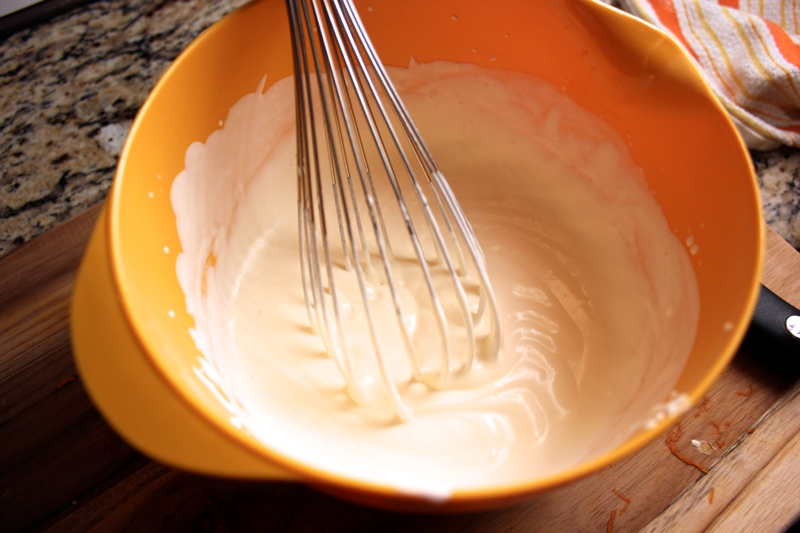 To make this dish for 3 people, get about 1 pound of salmon and 1/4 pint of cream. Pour the cream into a bowl, and whisk it aggressively until it becomes thickened and spreadable. You should just be able to hold your whisk marks in the cream. If you over-whip the cream so that it becomes stiff, you can whisk in some extra fresh cream to soften it back up. 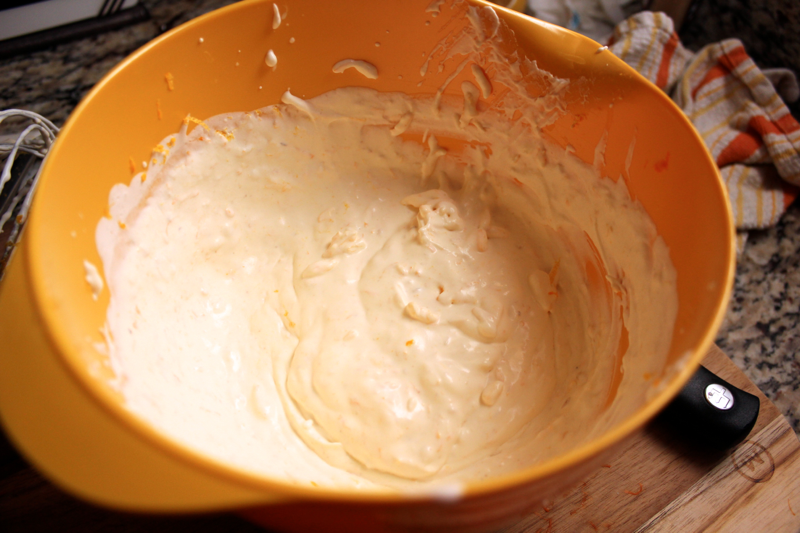 Season the cream with salt, orange zest, and grated horseradish. You can buy a whole horseradish root and grate it in or use the stuff from a jar. Taste the cream, and adjust the seasonings accordingly. 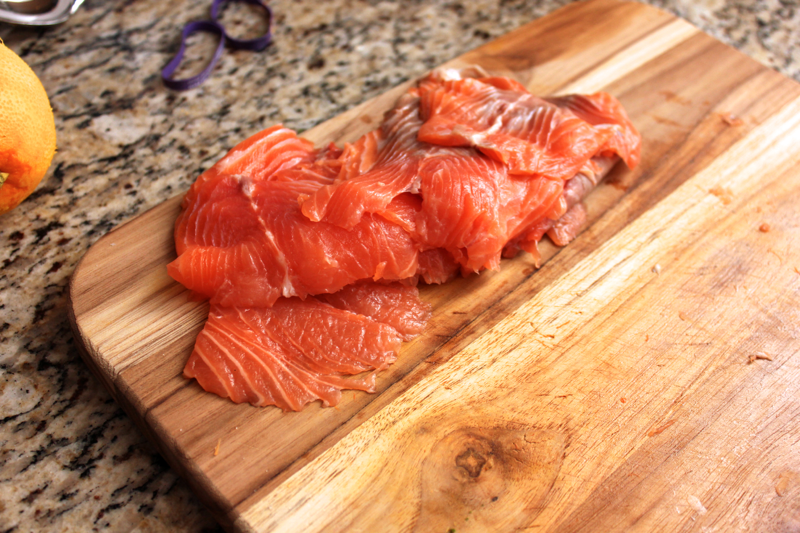 Using a very sharp knife, slice the salmon filet on the diagonal into thin slices. I have also used this method to cook sea bass before, and it was delicious as well! 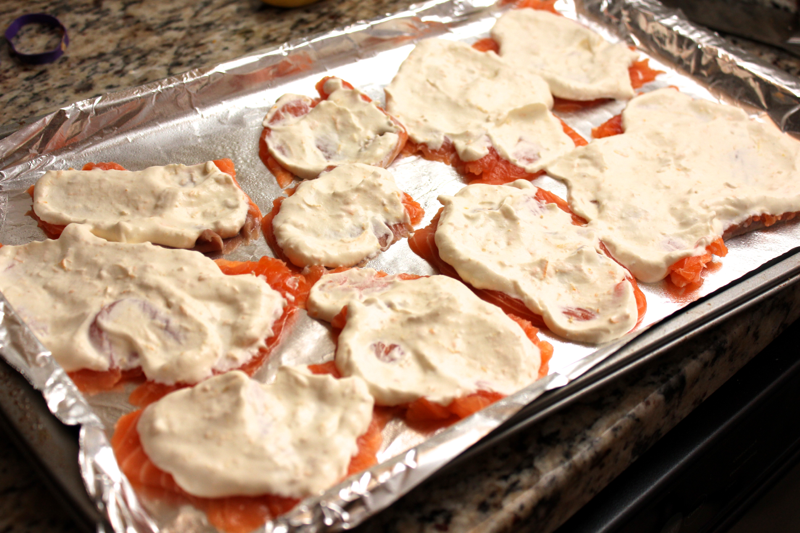 Preheat your oven’s broiler. Then, lightly grease a sheet pan, and lay the salmon slices out in an even layer. Spread each salmon slice with some of the cream. 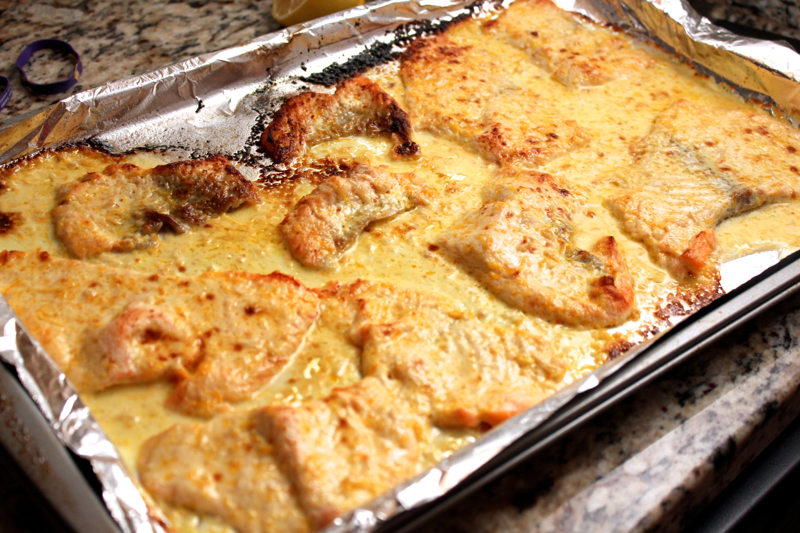 Put the pan under the preheated broiler, and let the fish cook until the cream begins to brown, which should only take a few minutes. Watch the cooking process carefully so that you don’t let the fish burn. Watching the broiler always makes my contacts dry out, so keep eyedrops handy if you need them! Because the fish is sliced so thinly, it should be done by the time the cream browns. Remove the pan from the oven, and serve that fish up! I enjoyed eating it with roasted asparagus and butternut squash for a warm winter meal. Have you ever seen fish served like this before? I love it!