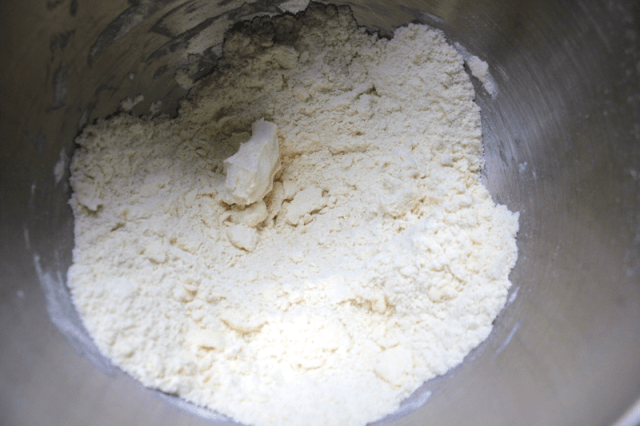 To make your own pie crust, weigh out 250 grams of flour and 125 grams of cold, cubed butter. Put the flour in the bowl of a stand mixer, add the butter and 4 grams of salt. Use the paddle attachment to combine them until the largest butter pieces are still visible, but so that if you squeeze the mixture in your hand, it mostly holds the shape of your fingers. If you don’t want to use a mixer, you can also combine the flour and butter in a food processor (but it goes fast!) or by hand with a pastry cutter (but it goes slow!). 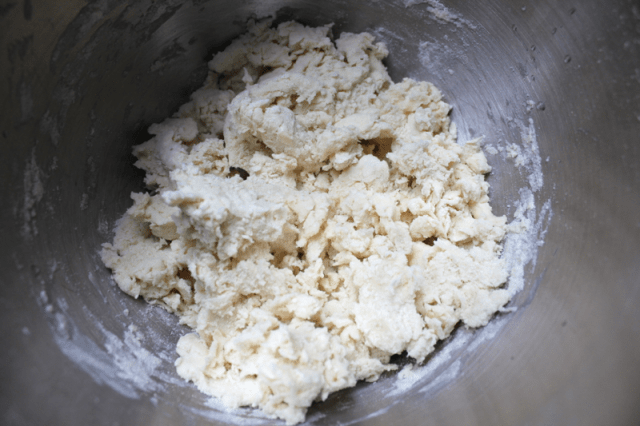 With the mixer running, slowly pour in ice cold water until the dough comes together around the paddle, and then stop mixing and stop adding water. If you add too much water, the dough will be too sticky, and if you mix it too much, it will get tough. 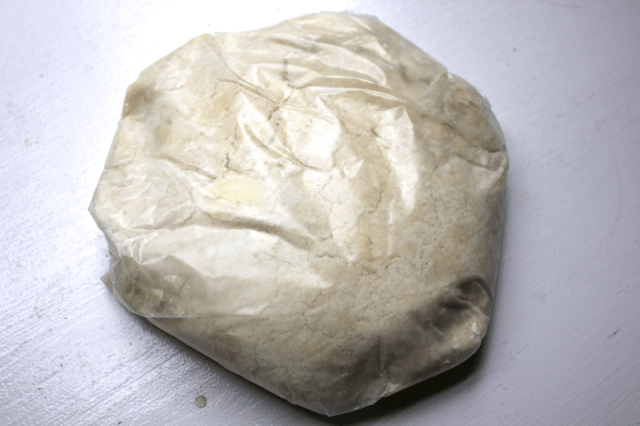 Turn the dough out onto a work surface, and pat it into a disk with your hands. Do not knead the dough. Some spots of the dough might be wetter than others. Wrap the dough in wax paper, and refrigerate it for at least 30 minutes or up to a day. Resting will allow the moisture in the dough to distribute evenly. You can also freeze the dough at this point for a later use. 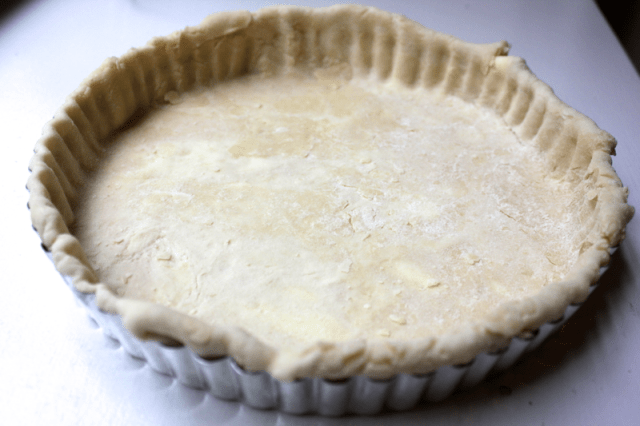 When you’re ready to roll out the pie crust, place the disk of dough on a floured surface. You want to keep it cold at all times to prevent the butter from melting, so put it back in the fridge if you ever feel it getting too warm and soft. Use a rolling pin to smash down and roll out the dough. The dough might break into pieces, so just squeeze it back together after each roll. 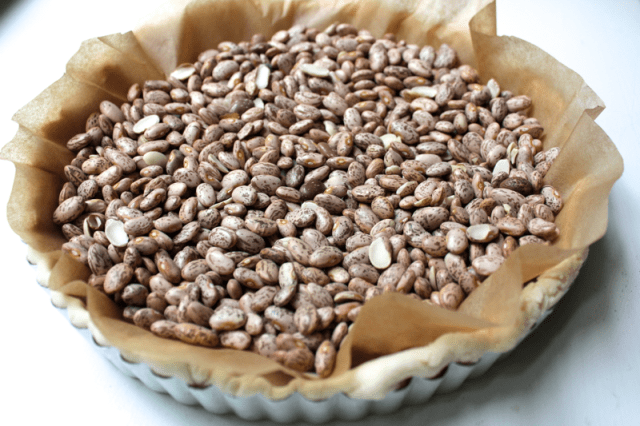 With a liquid filling like quiche, you have to blind bake the dough so that the bottom of the crust has a chance to firm up. Lay a piece of parchment paper in the crust, and fill it with pie weights or dried beans to prevent it from puffing. Bake the crust from frozen at 400º F until the edges start to brown, about 20 minutes.  Then, use your crust however you like.