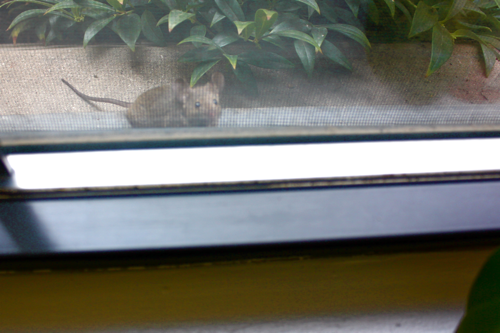 I was looking out my window, and a little flash of gray followed by a thin tail caught my eye. Mouse!! Fortunately, it was outside, and as far as I know, there isn’t a way in. This was a nosey little mouse. I think it heard the commotion I was making and came to investigate, sticking it’s little face right up to the window. It must have been confused to see me staring at it and yelling in disbelief, David examining it with a much calmer look of disbelief, and Stella yelping away maniacally over our shoulders. I don’t think Stella saw the mouse, but it would explain why she spends so much time on our windowsill. Maybe she is peering at the rodent underworld just beyond our glass horizon. 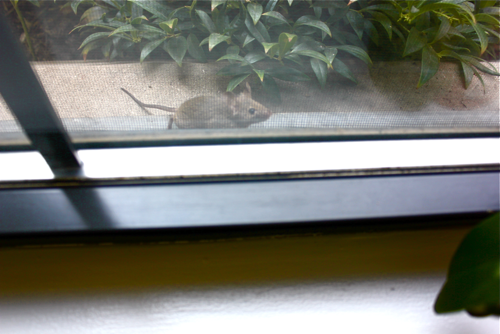 All told, the mouse was pretty cute- at least in it’s outdoor habitat. It’s a good thing that my grandmother doesn’t use the computer frequently, because she has a serious (read: abnormal) fear of mice. It was fun teasing her when I was a kid, but now, with a mouse threatening to invade my domain, it’s all starting to seem a little less funny.