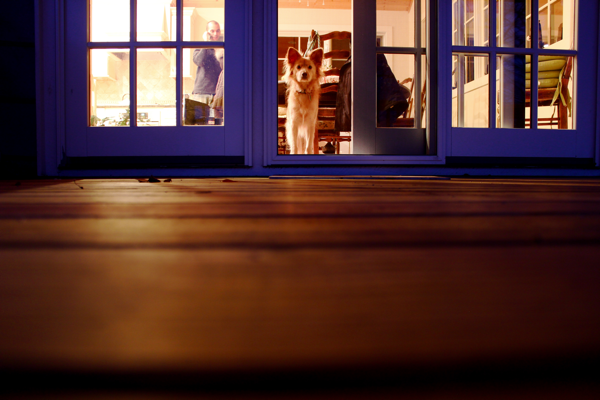 David, Stella, and I traveled down to North Carolina’s mountains to spend a few rejuvenating days over the new year. All three of us made both seven hour drives without puking! It was such a feat. Well, it was a feat for Stella. 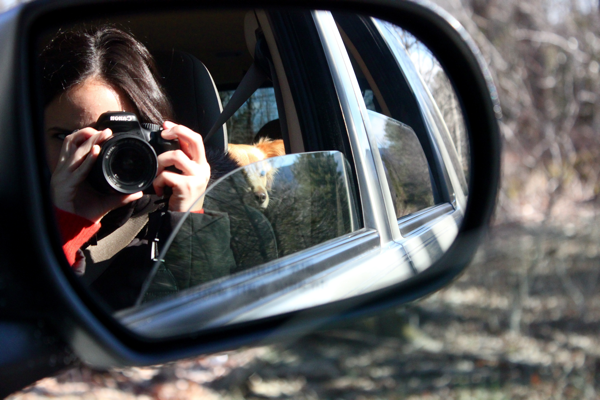 Ever since we’ve known Stella, she has had severe anxiety about riding in the car and has thrown up at least once during most of our rides. We have done so much driving over this holiday season that the repetition is starting to ease her fear. Repetition also solved her anxiety surrounding elevators, stair cases, industrial doors, sliding doors, and the bath. Stella’s lingering fear of the car is one of the few reminders of her shelter doggie days. And even that is slowly melting away, hooray! Once she conquered the drive, she had many mountain pleasures to indulge in. 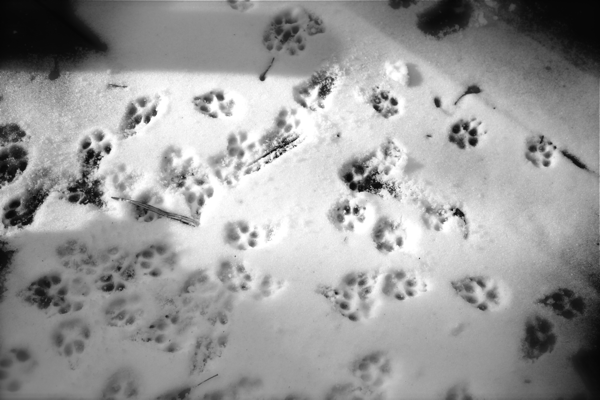 There was some snow on the ground when we arrived in North Carolina, and Stella LOVES the snow. She hasn’t gotten to play in any yet this season, and she was very happy. She buried her nose in the snow, licked it up, and rolled around. She also made a whole lot of the cutest paw prints. What a joy! 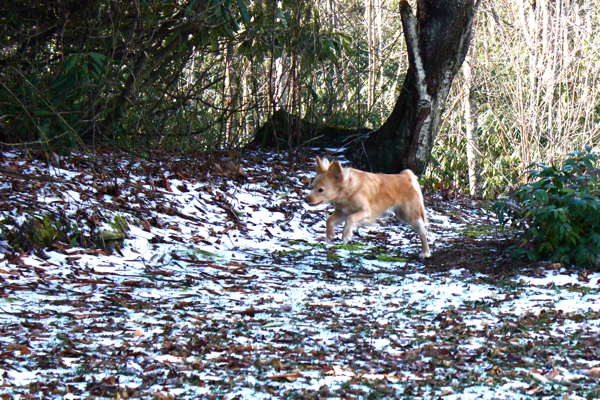 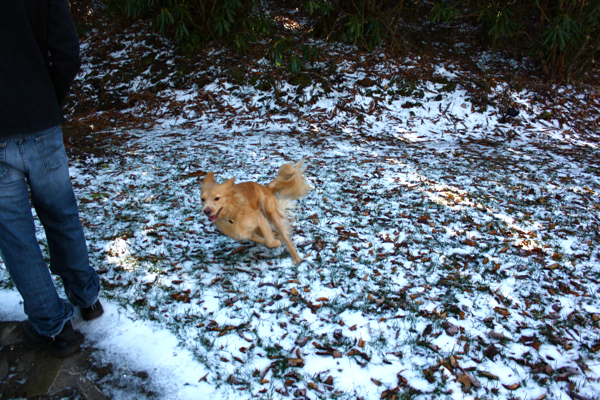 Stella also ran her little heart out. She is a very fast and athletic dog, so getting to run around mountains with new smells is a real thrill for her. See… she smiled! 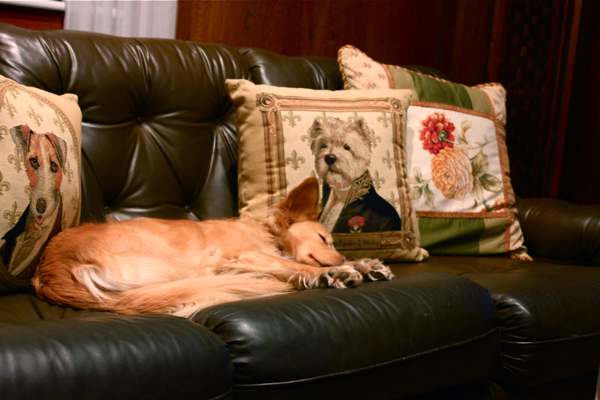 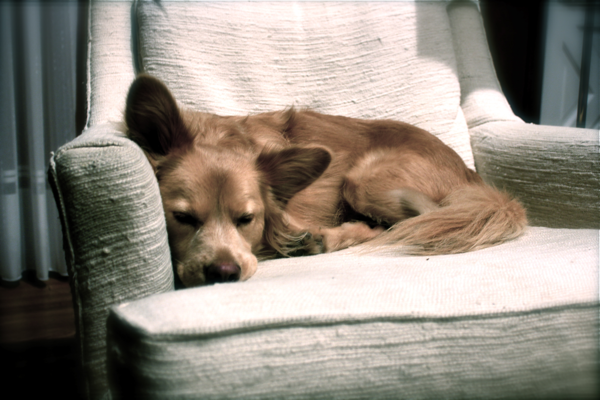 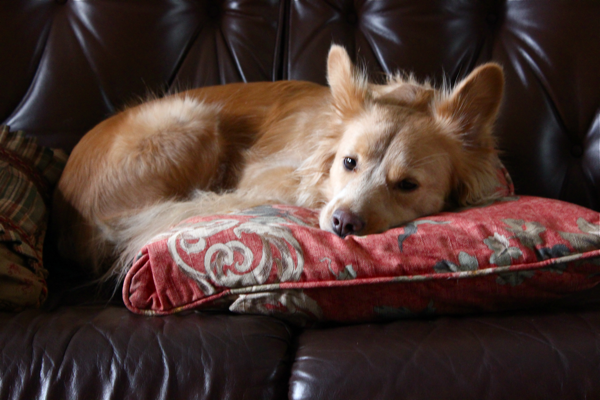 After all of that excitement, what can a puppy do but rest and sleep? She found plenty of cozy spots to relax in. She especially liked curling up on a large pillow like a princess. 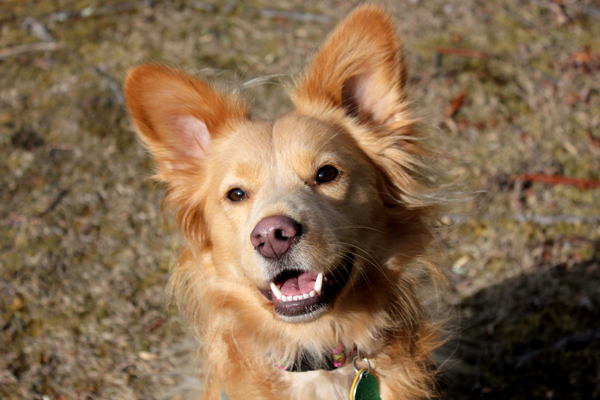 Stella also loved getting to explore nature and take in new smells. Each morning, she led us straight to piles of black bean deer poop. She also had a great time following animal tracks through the woods. Unfortunately, she led us right through a thicket of thorny rose bushes. She is very agile and was able to dodge them, but David and I have cuts on our hands and tears in our jeans to show that we could not. Stella also loved drinking from icy, flowing streams and gazing up at the unimaginable number of night sky stars. 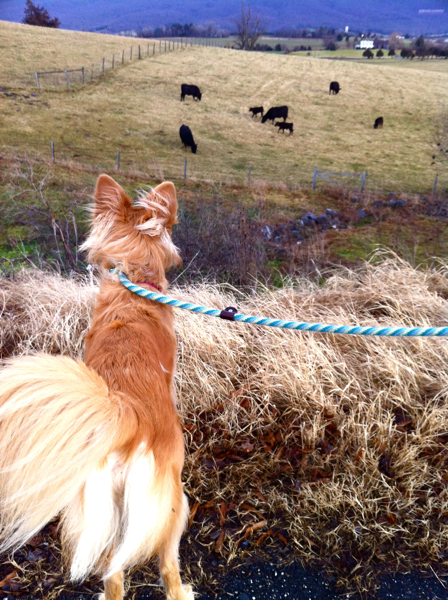 And all too quickly, it was time to drive home again. Despite Stella’s lingering anxiety around the car, she was much more alert of her surroundings on this trip. We kept the windows down for her, and when we passed pastures of cows, she caught wind of their moist, manure stench. She popped right up, and her nose started twitching out the window. How many poop mentions are too many in a single post? Well, I don’t apologize! Anyway, at one of our rest stops, Stella was able to look out over real live cows and their cute little babies. I think this was Stella’s first cow encounter. She was really curious and wanted to bolt down the hill towards them. The cows were suspicious of her too- they kept looking up the hill at her. Like everyone else, they probably thought she was a fox. Or as one little girl we saw in town said, “A big chihuahua!”