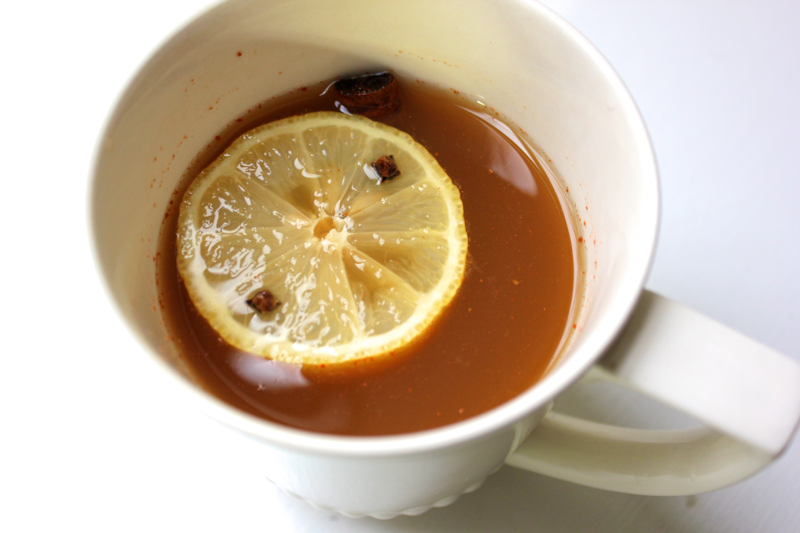 In January, I posted a recipe for apple cider cocktails that are delicious, but served over ice. After the most recent cold front moved in, I’ve been craving something warmer. I didn’t see a reason to concoct a new version, especially because apple cider is so frequently served warm. So I undid the twist in the first recipe to create an equally delicious but more soothing winter brew. To make it, heat 1 cup of apple cider. While the cider heats, cut a slice of lemon, and stud it with 2 cloves. Pour the cider into a mug, and stir in 1 shot of bourbon, a squeeze of lemon juice, and a sprinkle of cayenne pepper. Add the lemon slice into the mug along with a cinnamon stick. Sip slowly to warm yourself up after a jaunt outdoors.