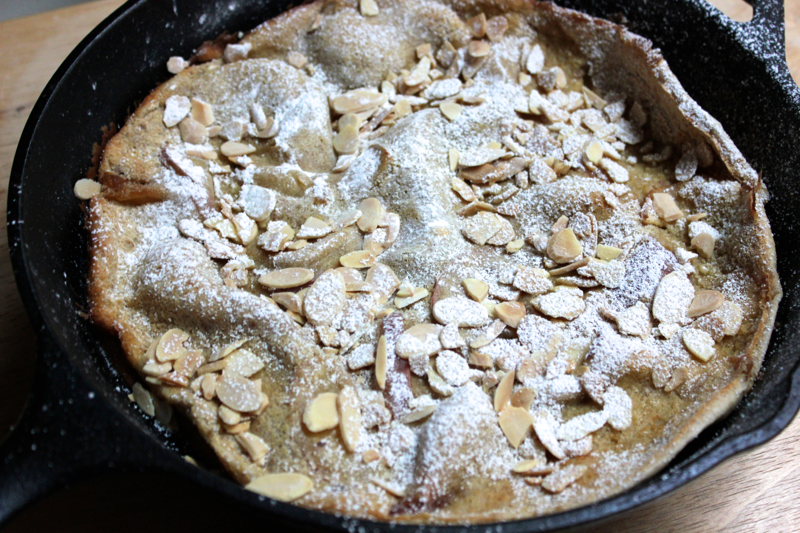 With 35 pounds of apples sitting in the refrigerator, apples must be eaten for breakfast, lunch, and dinner. Starting the day with this apple pancake is wonderful because it’s delicious, impressive looking, and I’ve engineered the cooking process to be as efficient as possible. The extra-large pancake is baked in a skillet, which makes the simple batter puffy, rumpled, crispy around the edges, and golden brown. The pancake encases meltingly soft apples, and the whole thing is drizzled with a tangy apple cider reduction that makes its flavors pop. This pancake also eases the transition into waking hours because it looks like a warm, cozy comforter…that I can eat. 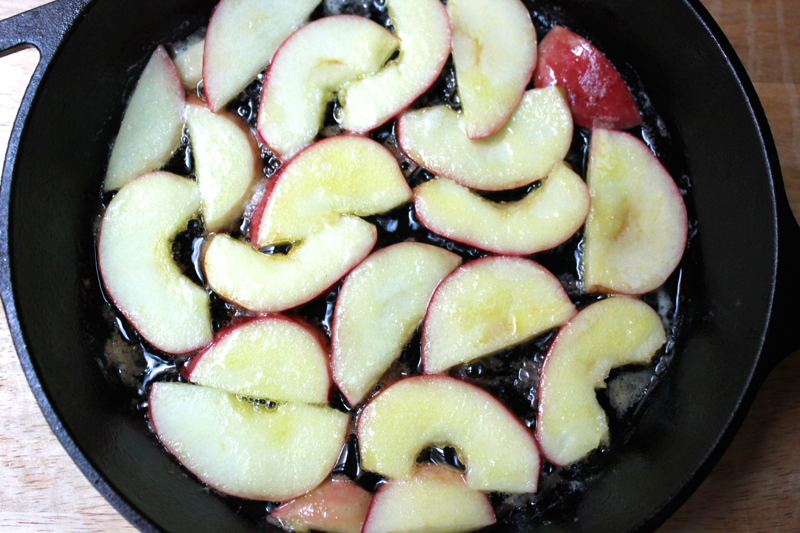 One pancake can serve between two and four people depending on what other breakfast items you will serve. To make it, warm a 10-inch, oven-proof skillet over medium heat. Add in 4 tablespoons of butter. While the butter melts, halve and core 1 apple. Cut the apple halves into 1/4-inch thick slices. Add the apples to the skillet in a single layer. Then, preheat your oven to 400º F. While the oven heats, let the apples cook undisturbed. They will soften and the butter will brown. 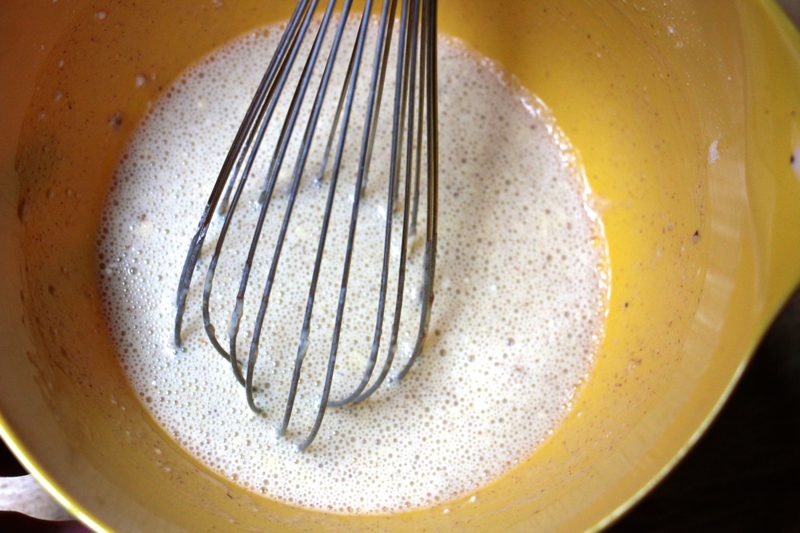 Meanwhile, prepare the pancake batter. In a bowl, whisk together 2 eggs, and then whisk in 1/2 cup of milk. To the bowl, add 1 tablespoon of sugar, 1 teaspoon of cinnamon, 1 pinch of salt, and 1/2 cup of flour. Whisk the batter together until it is combined, but it’s ok if some small lumps of flour remain.

Once the oven is heated and the apples are soft, remove the skillet from the heat, and pour in the pancake batter. Stir it so that the melted butter gets mixed in. Push the apples into a single layer, and then transfer the skillet to the oven. Let it bake for 25 minutes until the pancake is puffed, rumpled, and golden brown. 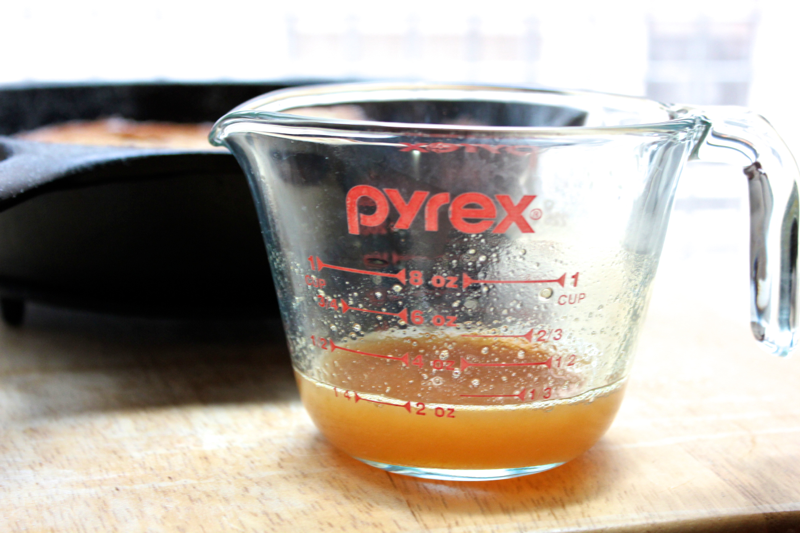 While the pancake bakes, spread 1/3 cup of sliced almonds on a baking sheet, and let them toast in the oven for about 5 minutes until they are aromatic. Meanwhile, add 1 cup of apple cider to a small pot, and bring it to a boil on the stove. Let the cider cook down until it has reduced to about 1/3 cup. The cider should be tangy and irresistible.

When the pancake is done, remove it from the oven, and drizzle over the apple cider reduction. The tanginess is very important, so if you don’t have apple cider or don’t feel like making a reduction, you can squeeze over some lemon juice (either alone or in addition to unreduced apple cider). Then, scatter over the toasted almond slices and sift over about 1 teaspoon of powdered sugar. Serve the pancake immediately, and enjoy!

This recipe is adapted from Williams-Sonoma and Smitten Kitchen.