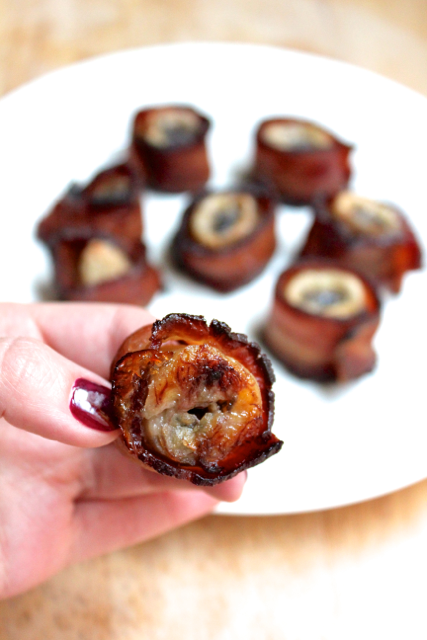 I spent another wonderful Thanksgiving in Jamaica, relaxing with my family. The weather wasn’t the best this time around, but a little bit of sun peeked out right before our flight home. I didn’t want to waste those rays inside the hotel’s buffet, so I asked David to bring some fruit for me to eat by the pool. He and my sister kindly appeared by my lounge chair after breakfast, David bearing a bowl of beautiful fruit, and my sister holding a small plate with a single bacon-wrapped banana. Obviously, I went for the bacon banana first, and it was FANTASTIC. My sister is the best. The banana was warm, sweet, and slightly caramelized, and the bacon was salty and crisp. Pure flavor bomb. 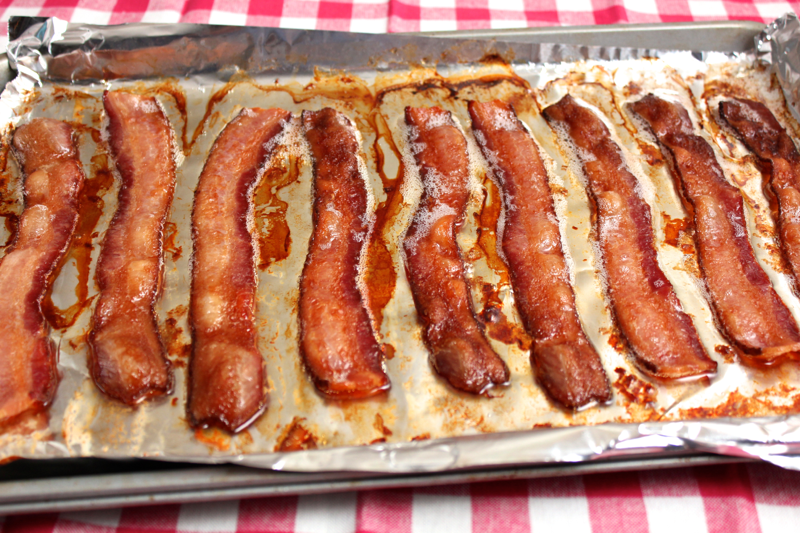 I could only live without bacon-wrapped bananas for three days. Fortunately, these treats are really easy to make and will be the star of your next brunch. Throw one, ASAP. To make them, preheat your oven to 400º F. Lay your favorite kind of sliced bacon on a baking sheet, and cook it until the bacon has rendered a lot of its fat but is still pliable. Don’t let the bacon get crispy, or else you won’t be able to wrap it around the banana. 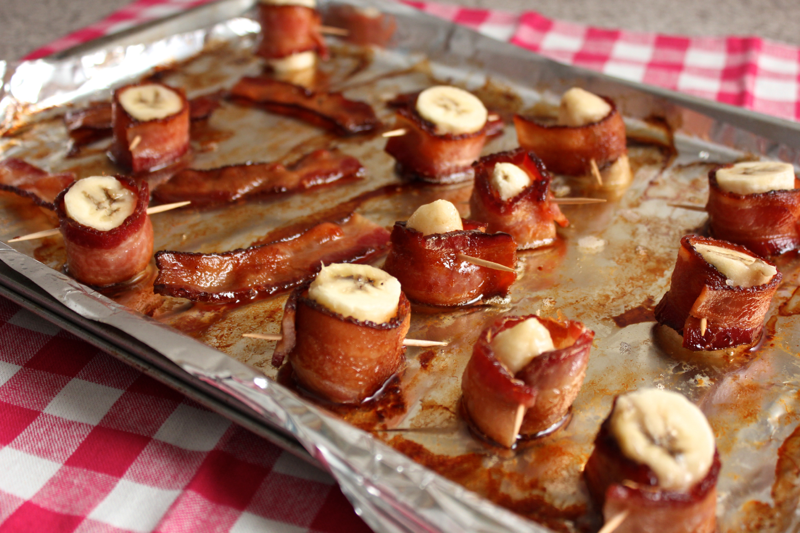 Remove the bacon from the oven. Then, peel a yellow banana, and cut the banana into coins that are as thick as the bacon’s width, about 1 inch. Take a piece of bacon, and wrap it around one of the banana coins. Allow the bacon to overlap a little bit, and then cut off the excess. Stick a toothpick through the overlapped bacon and through the banana to hold it together. Transfer the bacon-wrapped banana to a baking sheet lined with parchment paper (the banana will stick to tin foil). Repeat with the remaining bacon and banana. Place any bacon scraps onto a second baking sheet to bake (they cook faster than the bananas do). 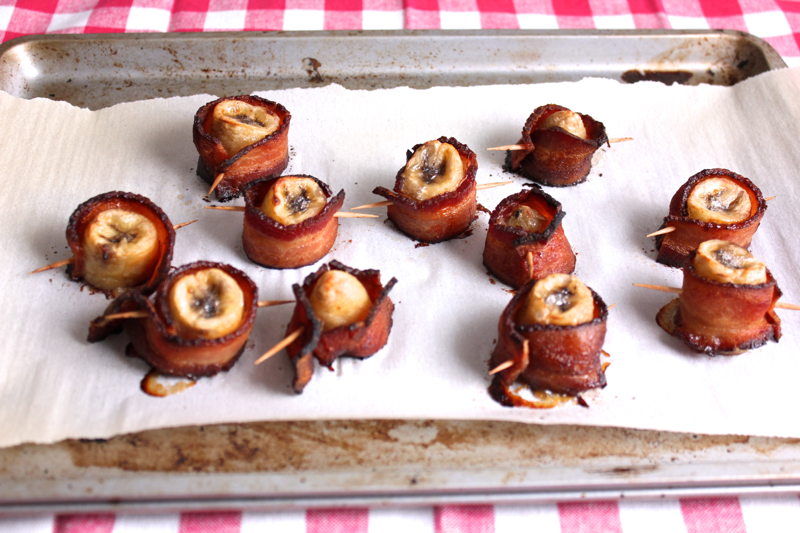 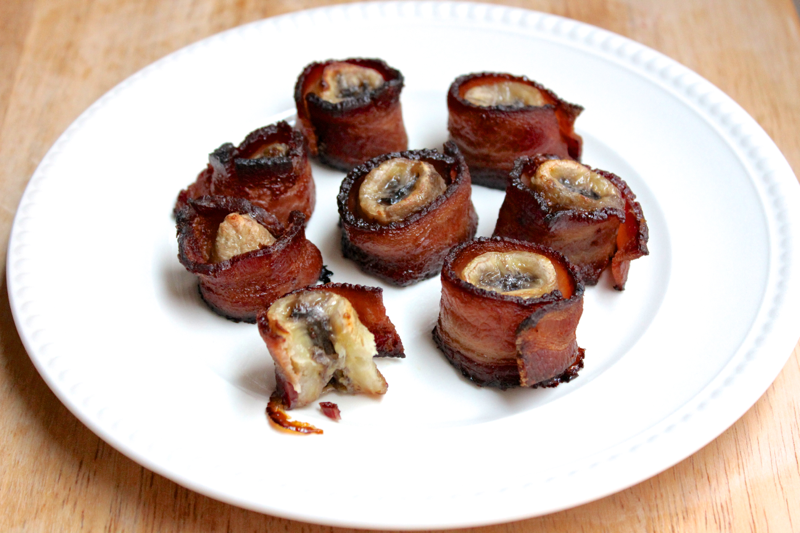 Remove the toothpicks from the bacon-wrapped bananas, and eat those babies up. The bottom of the bananas should have some beautiful caramelization. I love the warm, soft banana contrasted against the crispy bacon. These little guys remind me of sushi– you can eat them in a single mouthful. But I prefer to take bites and savor the goodness.