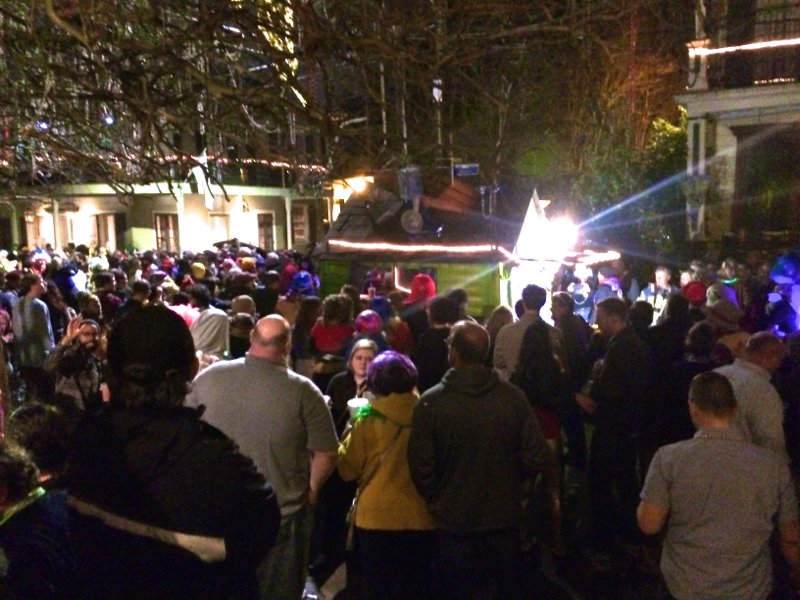 David and I spent the weekend in New Orleans, and I am still sorting that place out in my head. We observed so many oddities! Some of it may have to do with the timing of our visit, which happened to fall on the first parade of the Mardi Gras season. People in New Orleans take their costumes very seriously, and any kind of costume will do, as long as it is executed to the extreme. You may notice that the tree in the top right of the above photo is weighted down with faded Mardi Gras beads from parades past. Those beads showed up on nearly all trees and power lines we passed. 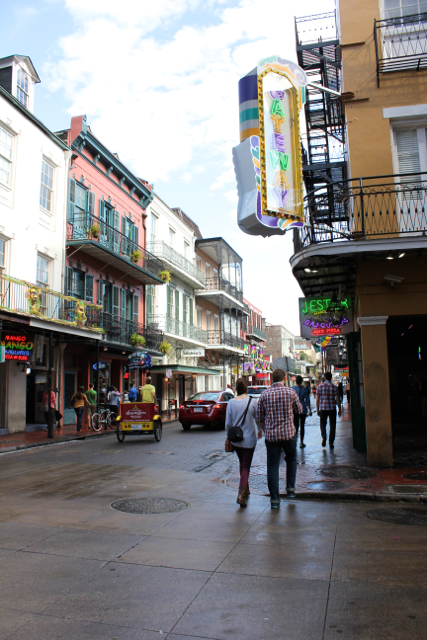 The parade made a huge mess in the streets, but all was hosed down and clean the next morning. Quite an impressive feat. But the fun night didn’t deter anyone from having a good time the next day– people walk down the street toting cups of booze at all hours. It’s a strange sight. I can only imagine that my life in New Orleans would go something like this: wake up, make mimosa, pour into plastic cup, drink while walking Stella, return home, repeat. 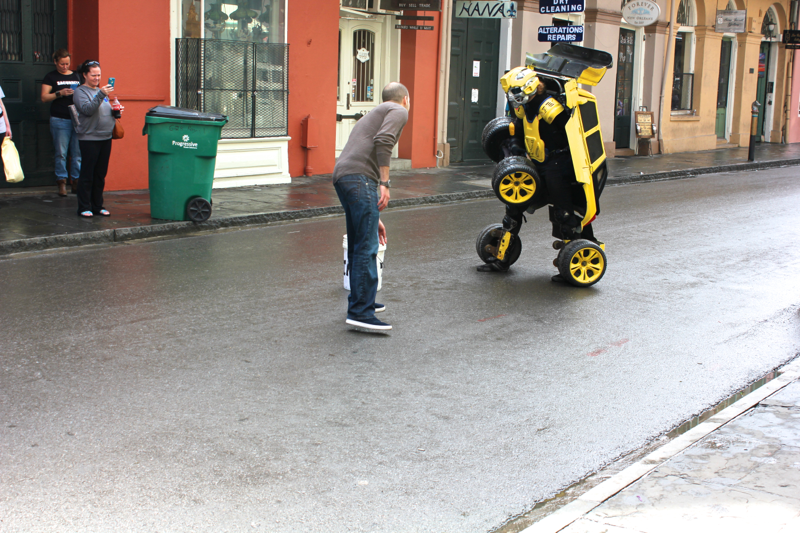 The people of New Orleans seem to be extraordinarily enterprising and are quite creative when it comes to making a buck. The guy in the above picture dressed as a Transformer, folded himself up into a car that motored around the street, and then jumped up and posed like a robot. So clever (and exhausting, the same routine played on a loop for hours)! Someone else offered to whip or paddle David for a dollar (why pay when I can do that for free?), and another person set up a dark camper that housed a stove, stood stirring a pot by candlelight, and sold warm whisky drinks for $5. And how could I forget the mobile bar?! A couple of guys wearing judges’ robes and white wigs push a full-sized bar down the street selling drinks. WTF? 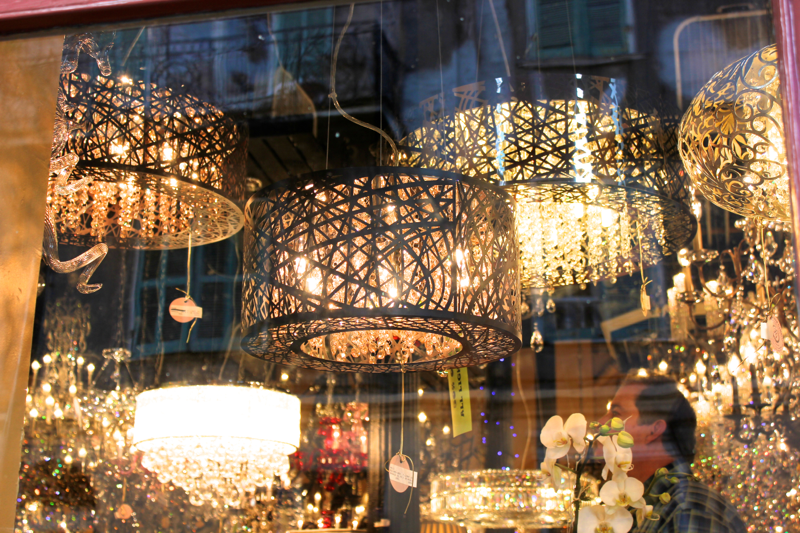 Amid all of this strangeness are some real treasures. Like these awesome chandeliers that make me itch to own a home. And the classic New Orleans dishes that look like brown slop but are incredibly flavorful and delicious. And the beautifully orchestrated meals that near perfection. And the vast number of very impressive musicians and artists performing on the street. I haven’t figured out whether New Orleans breeds talent or attracts it.