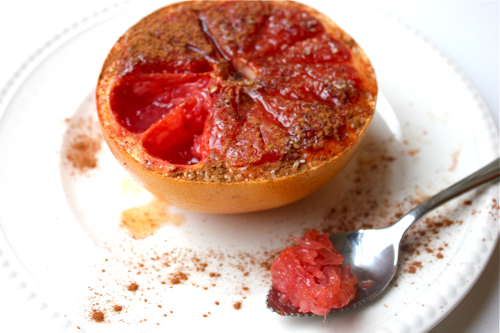 Broiled grapefruits are wonderful. There used to be a restaurant near my house that did them best. The cinnamon sugar crust on top of the grapefruit was thick, and had to be whack-crack-cracked with a spoon. Such a treat. Through trial and error, I’ve done my best to recreate that wonderful and marginally healthy delight at home. 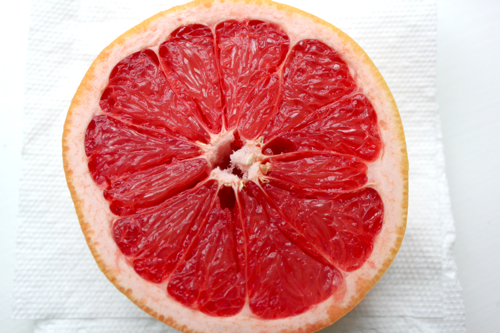 Caramelized sugar on top of a grapefruit is heavenly, but it can take an already sweet grapefruit over the top. Use a slightly tart grapefruit for better balance. Cut your grapefruit in half crosswise so the segments are halved. If the half doesn’t sit evenly, cut the skin off of the bottom of the grapefruit to give it a better base. Using a small knife, cut around each grapefruit segment so it will be easier to eat later. 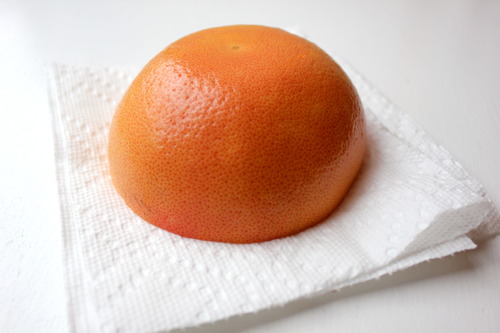 Now this is important, thoroughly pat the cut part of the grapefruit dry. If you’re making the grapefruit for yourself, feel free to slurp up any of the juices it released before patting it dry- no reason to waste them! If the grapefruit is wet, the sugar will also get wet, and it won’t caramelize. 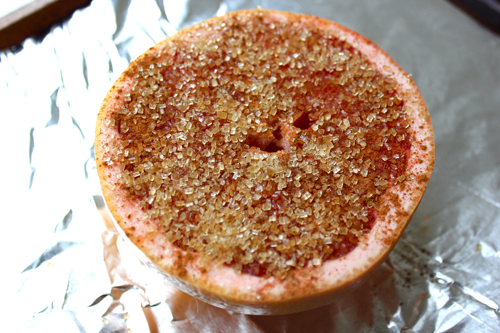 Then, sprinkle some cinnamon over the grapefruit. Next comes the sugar. To get the best caramelization, use superfine or regular sugar. Sprinkle about 1.5 tablespoons of it over the grapefruit in an even layer. I used a large-grained sugar here because I just felt like it, and my crispy crust could have been better. 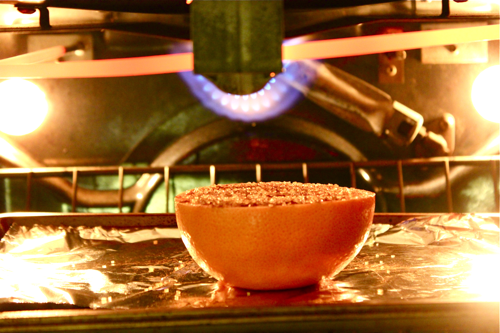 Immediately put your grapefruit (on a baking sheet) under a hot broiler (or use a torch if you’re really fancy). It shouldn’t take more than a few minutes for your sugar to start bubbling up. Once the sugar is browned and smells like marshmallows, your grapefruit is done! 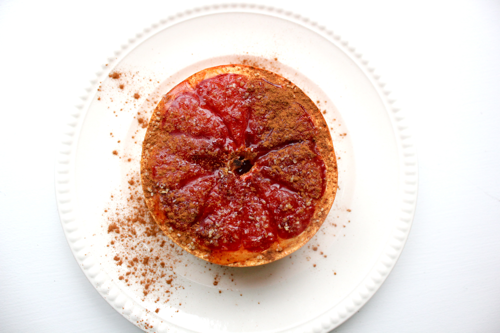 Transfer it to a plate and sprinkle over some more cinnamon if you want. The heat from the broiler intensifies all of the flavors and makes this grapefruit a true treat. Enjoy it! 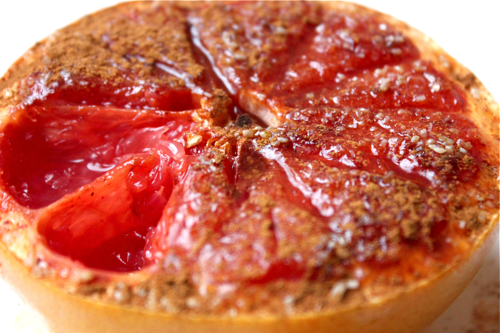 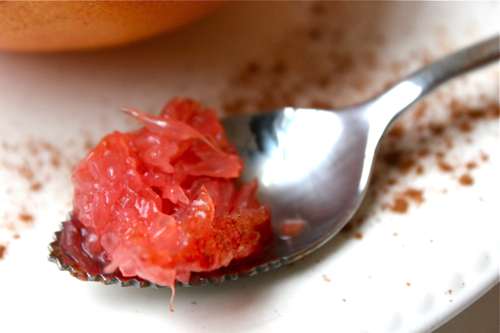 And get yourself a grapefruit spoon! It’s not a unitasker- I use mine all the time. Mostly for de-seeding melons and squash, even pears and apples! 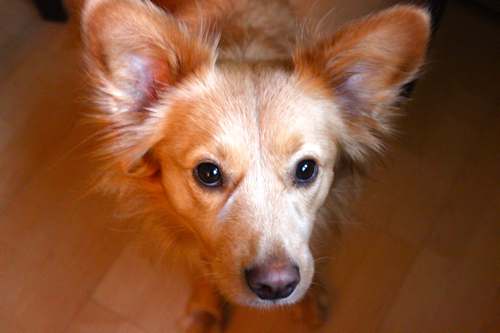 Get yourself a pretty pup too.