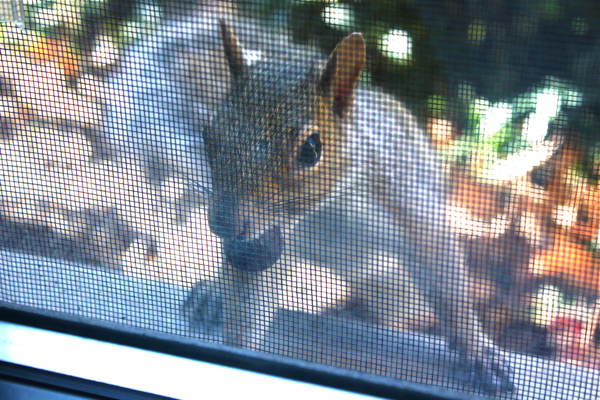 One of the reasons we like our apartment is because Stella can sit on our wide windowsill and stare at the world outside. She is such a people watcher, that she stays very entertained all day. She is also a serious squirrel watcher, and she goes looney when one pops up outside the window. She barks and scratches and bites at the glass. All she wants is the squirrel. Once, a squirrel was looking in our window, and I called for Stella and said, “Look!” She associated the word “look” with “squirrel” so strongly, that whenever I say it, even in passing conversation, she runs right to the window. 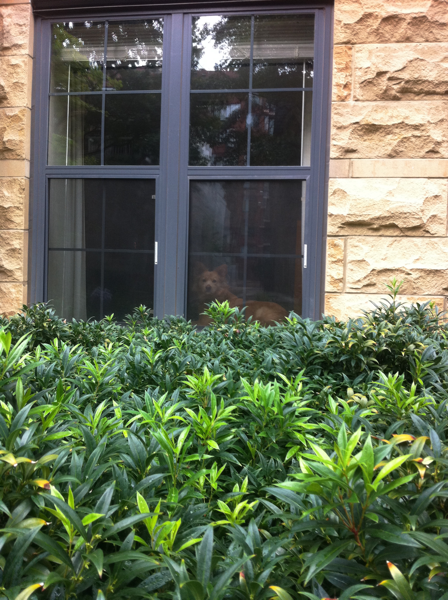 Recently, it has been really nice outside, so David has been opening the window up for Stella. We have a screen so she can’t get out… or so we thought. Here is the email I got from David the other day: 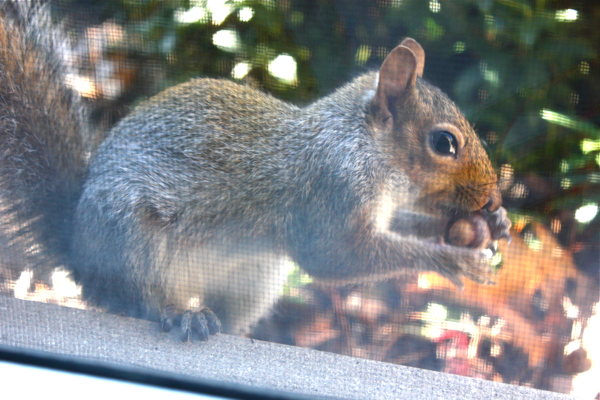 I hope you’re having a good morning. Stella had fun on her walk and at the park. I opened up the window for her by her perch when we got back, and within a few minutes she decided to pop the screen and jump out!! She is a bad dog!! Luckily, a woman was outside and snagged her collar. I don’t think she understands the concept of having a privilege because now she lost it forever. Also, the screen is fine. She didn’t break it but just moved it out of place so she could get through. I’m going to need to do a yoga session I think this afternoon. Love you. 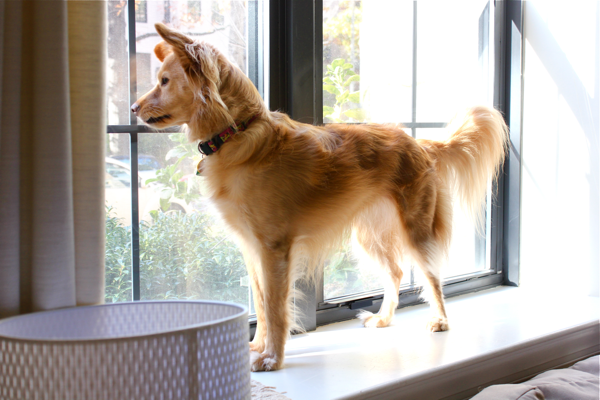 We felt pretty offended after Stella’s escape attempt. Does she not like us? Has she been trying to break free all this time? Is she living the doggie equivalent of Finding Nemo? Ultimately, I think Stella was trying to chase after a squirrel. We haven’t opened the window for her since, and I think the squirrels know it. They keep coming to taunt her, with their acorns and their bushy tails. And all Stella can do is snaggle her tooth and drool.