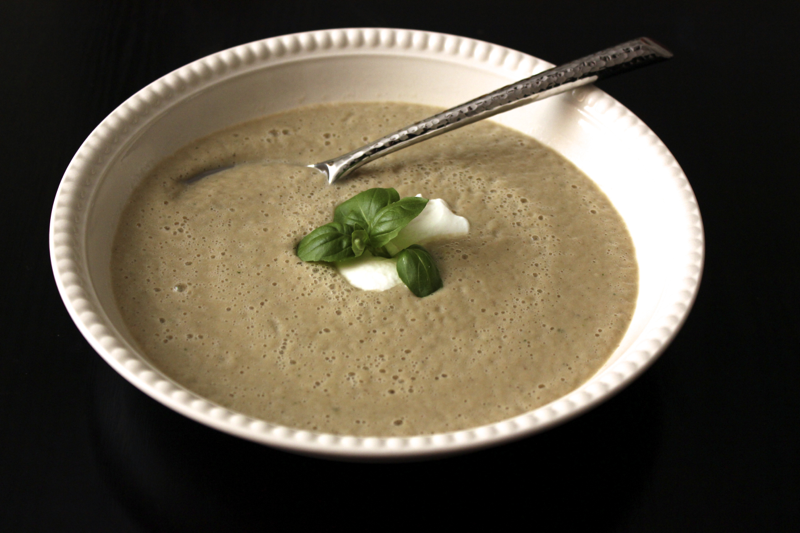 Eggplant soup…it’s not the prettiest but it sure tastes good! I had never eaten an eggplant soup before, but I was given a roasted eggplant in my cooking class and told to soupify it. So I did, and it was surprisingly delicious! Finished with basil, lemon, and Greek yogurt, this soup would be even tastier served with a sprinkling of toasted pine nuts. 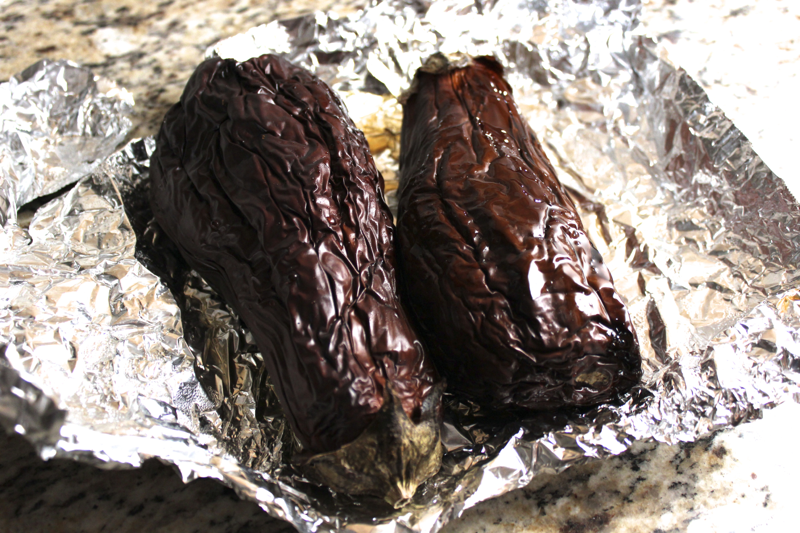 To make this soup, begin by roasting the eggplant. Heat your oven to 400º F, poke 2 whole eggplants with a fork a few times, put the eggplants on a baking sheet, and then bake them for approximately 1 hour until they are shriveled and their flesh is fork-tender. 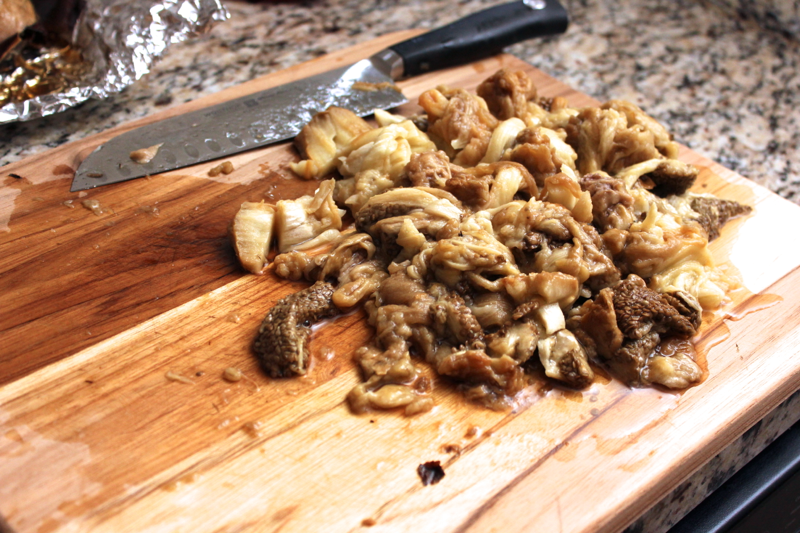 Cut the roasted eggplants in half lengthwise, and scoop out their flesh. Roughly chop the eggplant flesh into pieces. 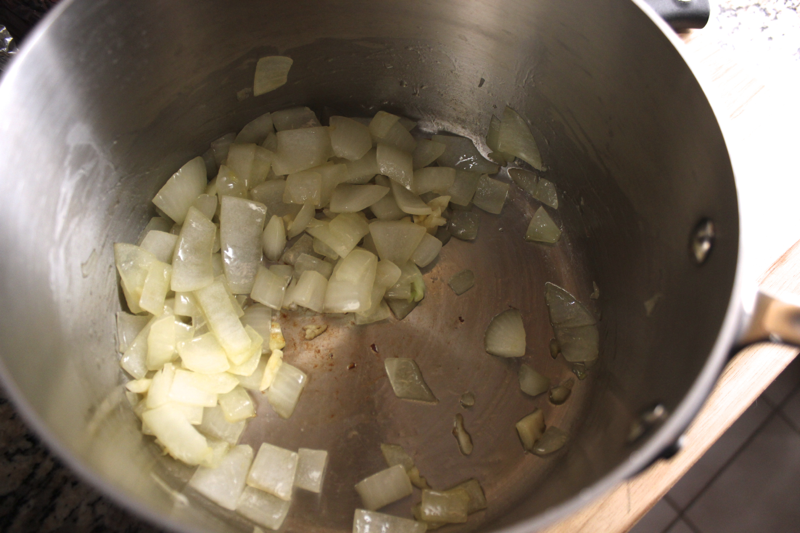 Dice up 1 small onion and 2 garlic cloves. Add some olive oil to a pot, and sweat the onion and garlic over medium heat until they are translucent. 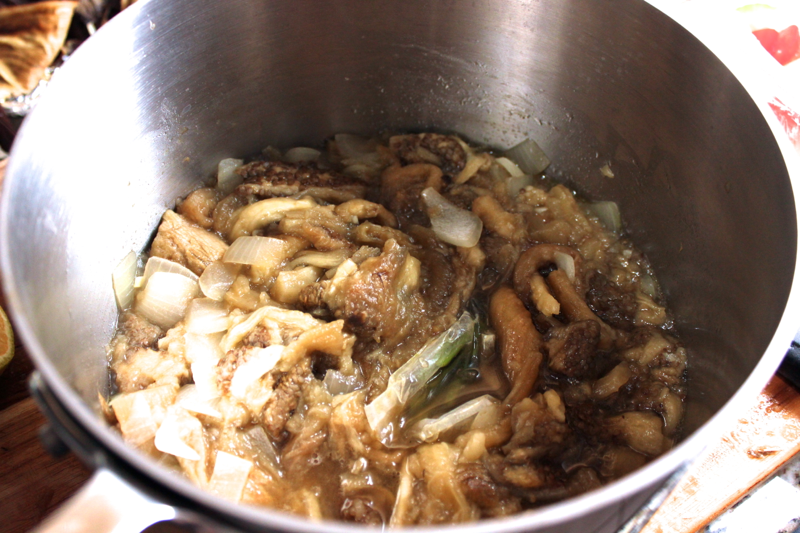 Add the eggplant into the pot, and lightly season the vegetables with salt. Get a piece of cheesecloth or a fillable tea bag, and enclose 1 bay leaf, 1/2 teaspoon of whole peppercorns, and a few basil stems. Add the packet to the pot, and then fill the pot with enough chicken stock  to cover the eggplant. Bring the soup to a simmer, and let it cook until all of the vegetables can easily be pierced with a fork. 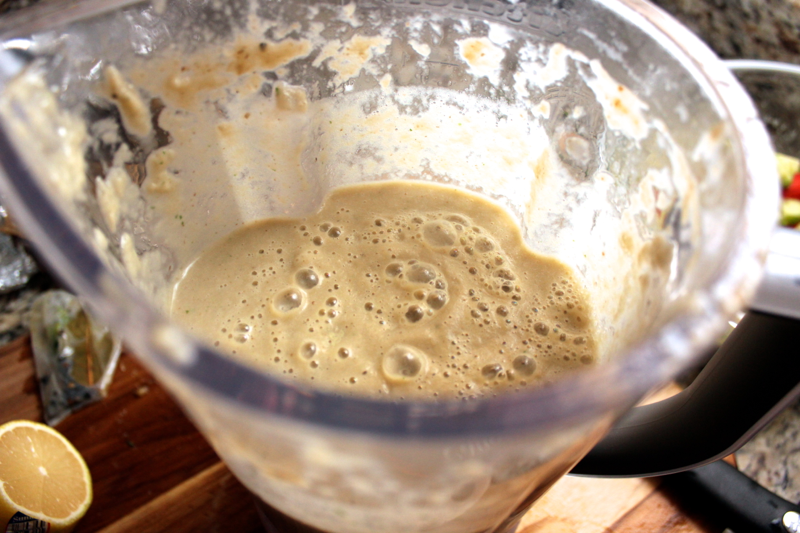 Remove the packet of seasonings from the soup, and then pour the soup into a blender. Put the lid on the blender, without its centerpiece so that steam can escape. Cover the hole in the lid with a kitchen towel, and then purée the soup. Taste the soup, and then season it with more salt. Also add in about 1/4 cup of greek yogurt, approximately 5 basil leaves, and 2 teaspoons of lemon juice. Purée the soup again, taste it, and add more of the finishing ingredients until you think it has reached its maximum deliciousness. 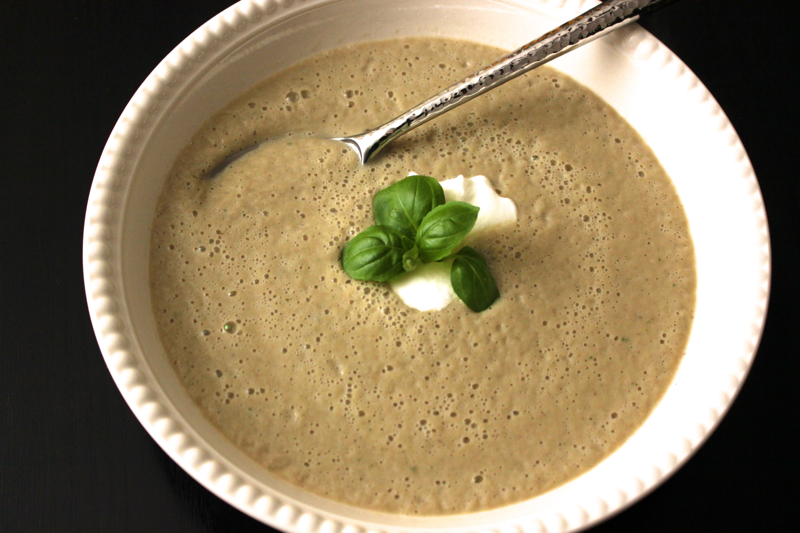 Pour the hot soup into bowls and garnish it in an attempt to pretty up its otherwise brownish-grey complexion. Some options: a dollop of Greek yogurt, some whole basil leaves, a thin slice of lemon, or some toasted pine nuts.