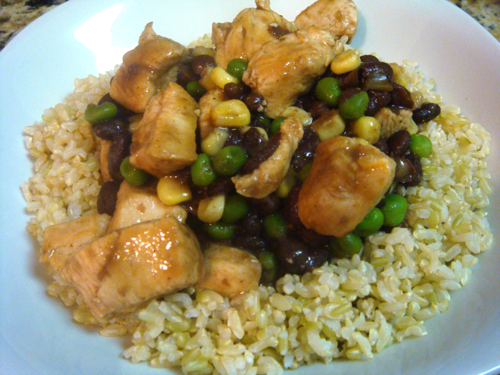 David is from Miami, and has been deprived of Chicken Kitchen and Pollo Tropical for many years. He loves those places. Me? Not so much. But when his cravings for rice and beans became too much to bear, we discovered the perfect solution. I like it too, especially because it takes ten minutes to cook. 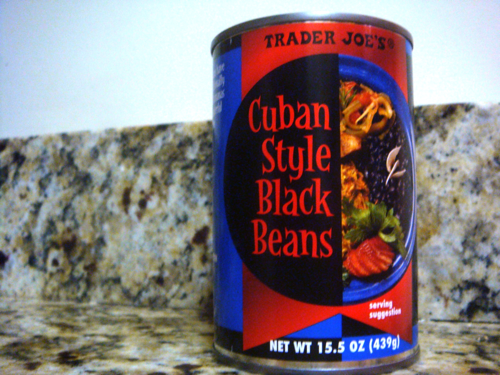 A can of cuban-style black beans from Trader Joe’s is the trick to making a very fast and flavorful dinner. It’s a great base for this really simple recipe. First, dice some chicken breasts into bite-sized cubes. Two breasts were plenty for us. Then, brown them in a skillet with olive oil over medium heat, just until they get some color. 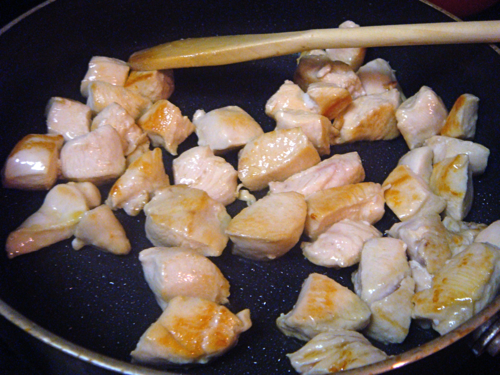 Once your breasts are nicely browned, pour in the whole can of black beans and some corn kernels and peas for extra sweetness and color (frozen is fine). To make the beans even more flavorful, add some ground cumin and cayenne pepper (spicy). Stir everything around, and lower the heat so the liquid simmers. 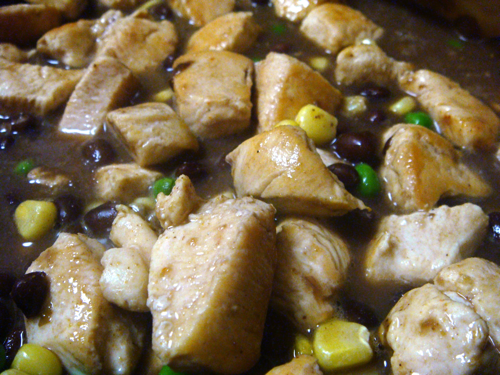 After about 8 minutes of simmering, your chicken should be fully cooked.  Cut a piece in half just to be sure! Serve your chicken and beans over rice, and top with fresh cilantro (if you have it). Ten-minute meal? Take that, Rachael Ray!