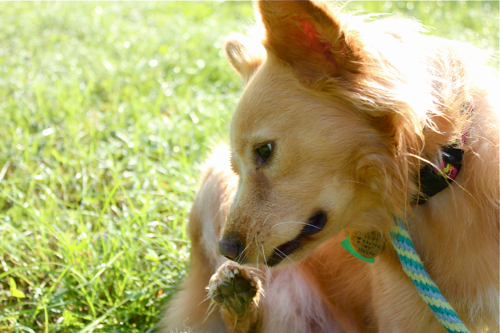 Stella squeezed in a great day of fun before the temperature dropped this weekend.  The morning grass was covered with dew, and she ran with her nose down like a wheelbarrow so she could lick up water from all of the blades she passed. Her tongue was flapping like crazy. The water flicked up onto her snout, making her look like she had glittery fur. She stopped to scratch herself and bask in the early-fall sunshine. 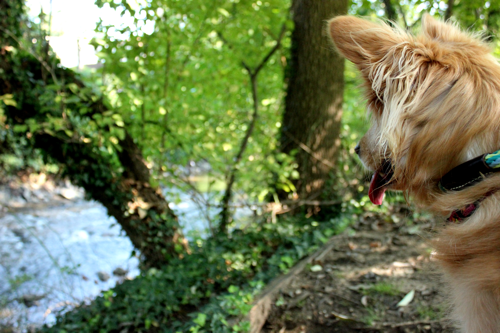 Some dogs stop to smell the roses, but Stella stops to watch the creek trickle by. She was on alert from all of the bubbling and splashing sounds, and I could tell that she would do anything to bolt down the hill and explore some more. I swear that Stella might be part mountain goat because she has an amazing ability to expertly and quickly traverse the most precarious and uneven terrain. 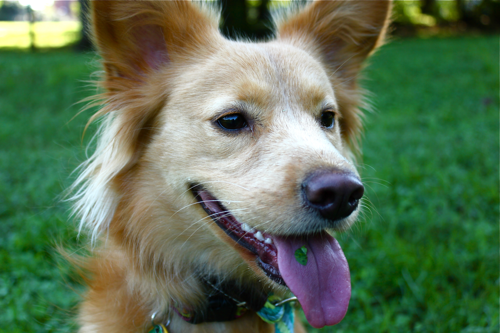 This little puppy also likes to nibble on greenery. Sometimes, if we pass by a weed sprouting out of the sidewalk, she will try to snatch it as she goes by. It’s strange. This piece of grass put up a fight against being eaten. I don’t know whether it got swallowed, if it fell off of Stella’s tongue, or if Stella spit it out/coughed it up. The mystery lives on.

Stella acts extra frisky in the cooler air, so I’m sure there will be more of her antics to pass on soon.