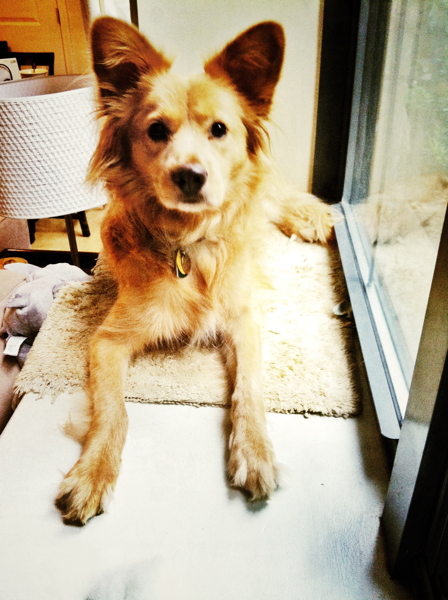 Stella has had so many adventures already this fall. Although she always sits and watches out the window, she has had a lot more to look at lately. The squirrels have been very active, running in front of her, going up and down the trees, burying and digging up their nuts. She has been going crazy. Her instincts to chase are too strong to resist. 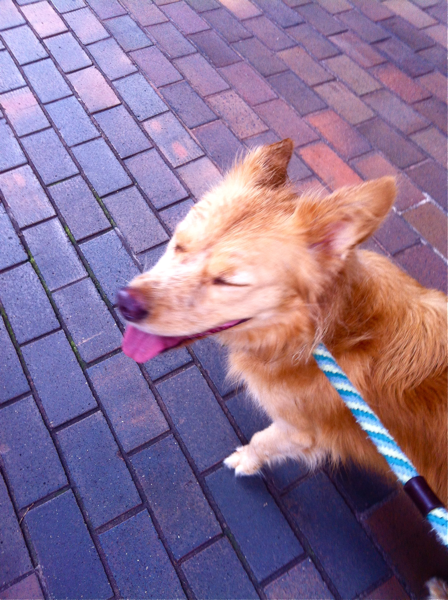 It was raining pretty hard the other morning, and Stella wore her raincoat when we went around the block. She doesn’t love it, so she tends to trail behind me a little more than she normally does when it is on. But as we were walking down the sidewalk, a chipmunk darted out in front of us and started running back and forth. Chase, chase, chase. I have never seen a chipmunk on the sidewalk here before. I love chipmunks. The last time I saw one was over two years ago in the redwood forest when one bit my finger just after this picture was taken.

We took Stella down to a stream, and she had so much fun. She was very hesitant to go into the water, but she finally did. She tried running and was so frustrated when she couldn’t move as quickly as she normally can. Such a curious girl, I love doing new things with her. 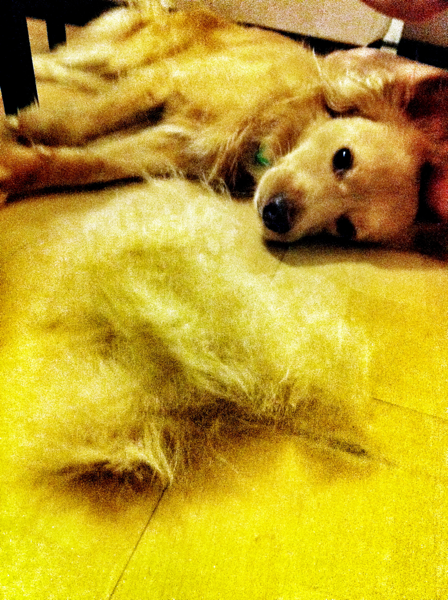 We started finding tumbleweeds of Stella hair around the apartment, and it turned out that she was shedding her undercoat for the first time! I had never seen anything like it happen to Stella before. I thought she was balding. At least after a thorough brushing, the tumbleweeds stopped blowing through town. 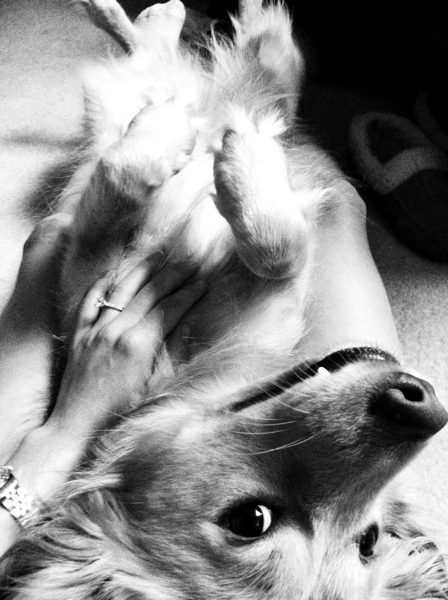 I don’t know how Stella feels, but my favorite part of all of her adventures is what we do right after them when we are tired and cuddly and just want to snuggle each other. I love her big brown eyes and her wet nose, her snaggletooth and her hairy toes. My little love.