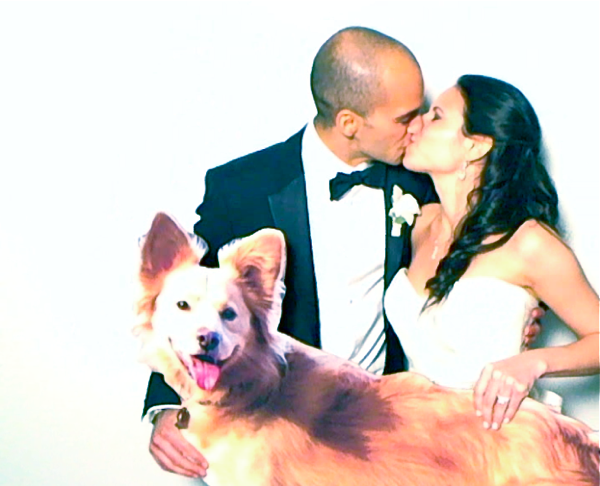 Well, we did it! Our pack is officially a family! Although Stella didn’t participate in our wedding in person, she was there in cardboard form. Yes, Stella has her own cardboard cut out. We used her as a prop in our flip-book photo booth, and people seemed to be having fun with her (some of them a little too much!). The picture above is a still shot from the little movie David and I filmed with stand-in Stella. 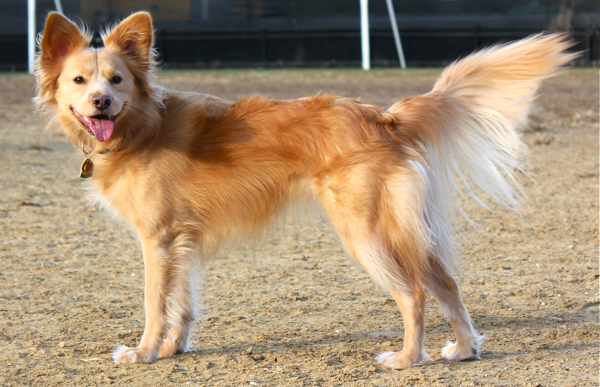 I am not sure how I came up with the idea of making Stella into a cardboard cut out, but it was a very fun process. I took Stella to the dog park at magic hour (as the sun was setting and the light was golden), and we had a little photo shoot. I wanted to get a clear profile of Stella where she was looking at the camera and smiling with her tail up. Mission accomplished! 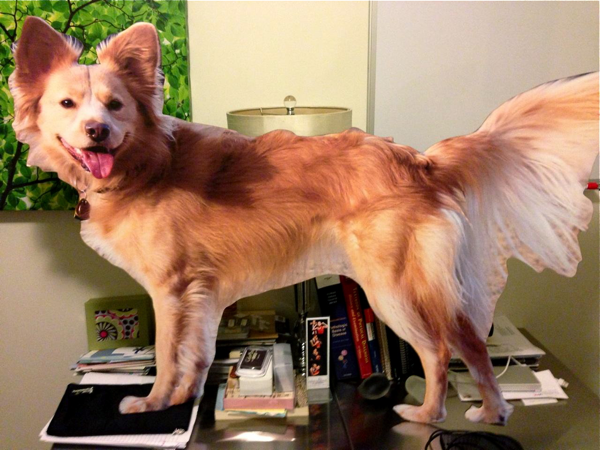 Then, I uploaded Stella’s picture to a website that makes cardboard cut outs and requested that they cut out her entire body instead of leaving a base for her to stand on. The company did a fabulous job. If you look closely, they even cut out around Stella’s toe hair and ear hair. The cut out is so realistic that when I catch a glimpse of it out of the corner of my eye, I get startled! I scream. I jump. I gasp. Eventually, I had to fold up and hide the cut out just to avoid having a pre-wedding heart attack!