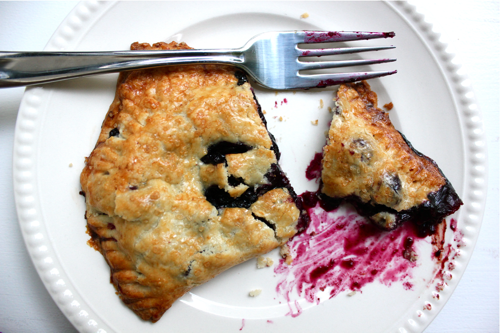 I had a pint of blueberries sitting in the fridge after I stocked up on snacks before the Hurricane. Oh, what to do with them? Making individual pies was the only solution, and boy was it a good one. 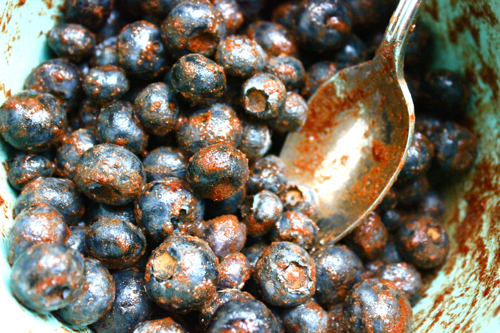 If you have a pint of blueberries loitering in your own kitchen, preheat your oven to 375ºF and get ready to take a bite of heaven! Mix one pint of blueberries together with 1 teaspoon of cinnamon, the juice from half a lemon, and 3 tablespoons of sugar. If you don’t want to make pies and just want a great blueberry snack, this mixture with only 2 teaspoons of sugar will do the trick. 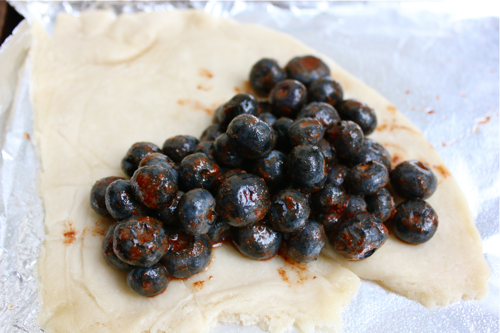 Get enough dough together for one pie crust from your favorite dough recipe or your nearest supermarket. Divide the dough into fourths, roll it out, and scoop a fourth of the blueberries onto one side of the dough. 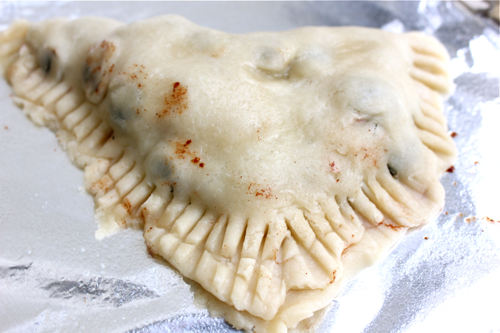 Fold the dough over the blueberries, and use the tines of a fork to seal the edges of your pie. So cute! Put it on a greased baking sheet. 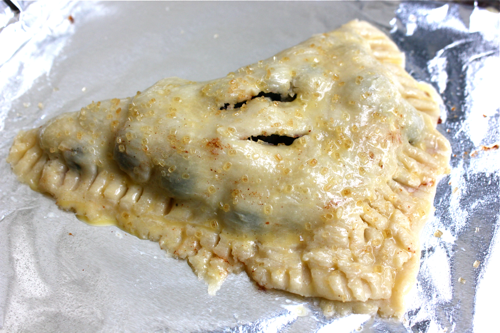 Scramble one egg in a separate bowl to make an egg wash, then brush it over the pie so it will bake with a golden crust. Sprinkle some sugar over the pie and make a slit in the top of it so steam can vent out. 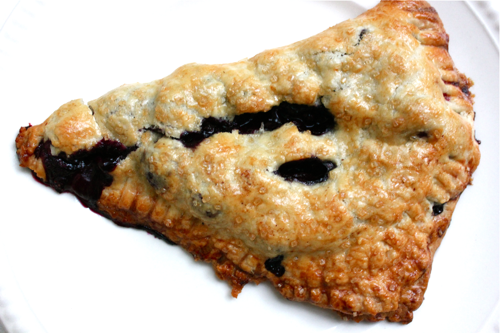 Bake the pie for 20 minutes or until your crust is golden brown. Let it cool just a little bit and then dig in! I hope you enjoy it as much as I did.

This recipe was adapted from the Pastry Affair.