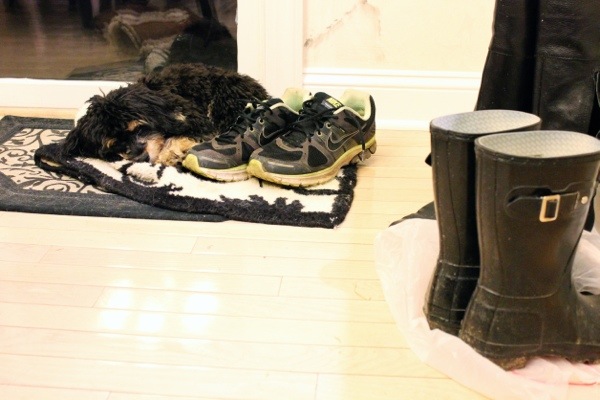 Meet Parker, Stella’s rambunctious new cousin. They met for the first time and really hit it off. They ran, wrestled, chewed on toys, and chewed on each other. Although Stella enforced a lot of rules, she knew when to roll over and let Parker have his way with her. 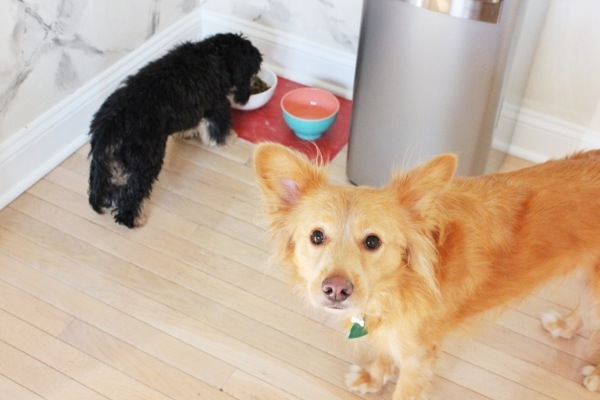 Stella usually wolfs down her food when other dogs have access to it, but not with Parker. She let him help himself, even if she did look at me with pleading eyes. 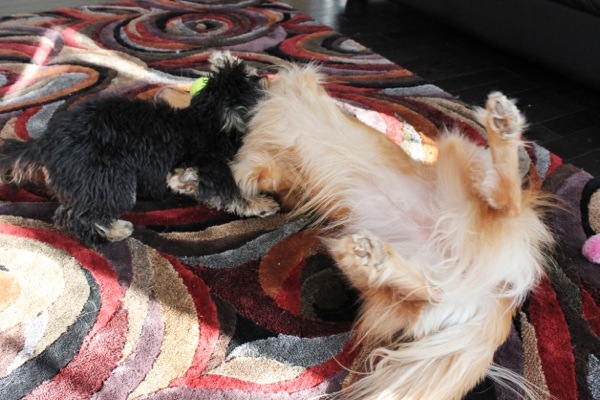 Warning: these pictures contain a lot of sharp teeth and may look vicious, but Stella and Parker were having a great time. No puppies were harmed in the making of this blog post. 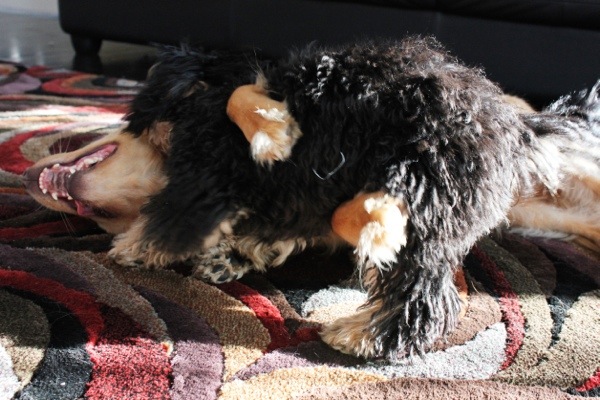 Parker is a very talented jumper, and he kept hopping up in Stella’s face and biting at her ears. The two of them were complete nibblers. Parker chewed on Stella’s cheeks, ankles, and elbows. Stella kept rolling Parker around and snapping her teeth at him. 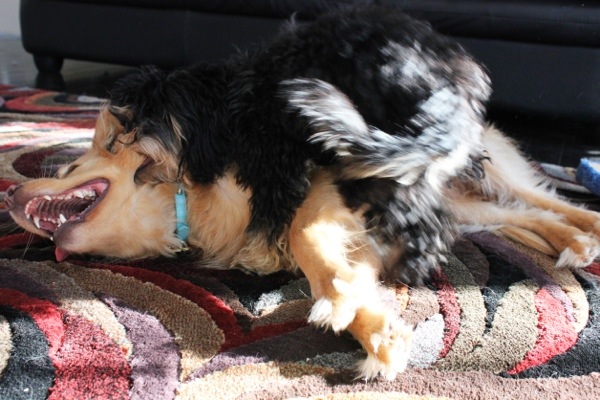 Every time Stella stood up, Parker squeezed his little body underneath hers, and it looked like she had two tails. Even when they weren’t playing, Parker liked to walk underneath Stella’s belly like he was traversing an underpass. 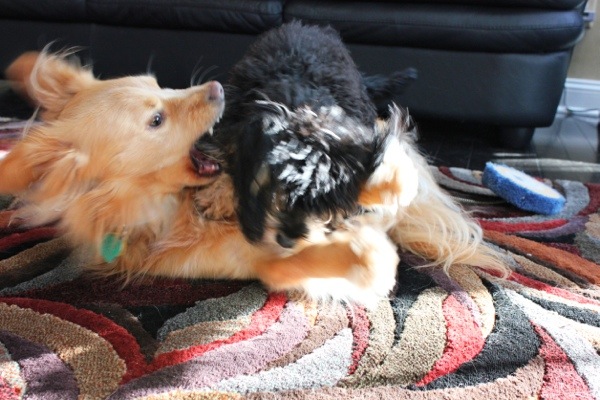 Parker’s presence made Stella really happy. She hadn’t been feeling great because, earlier in the morning, she licked my dad’s head and then immediately threw up. My dad laid down with her again a few hours later, and the same thing happened! Parker’s sharp little teeth and unending energy were the perfect antidote. 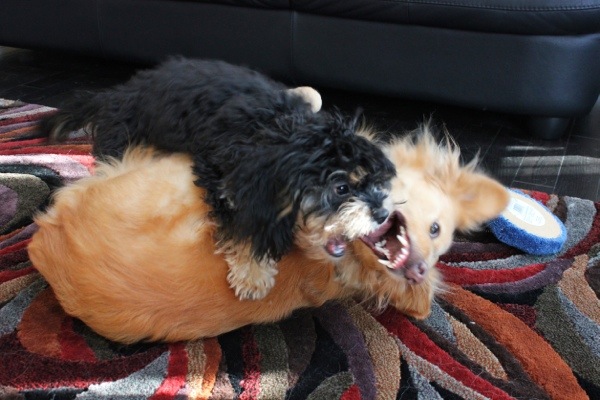 Parker followed Stella around everywhere she went. She really liked her new shadow, even though he tugged on her tail every now and again. 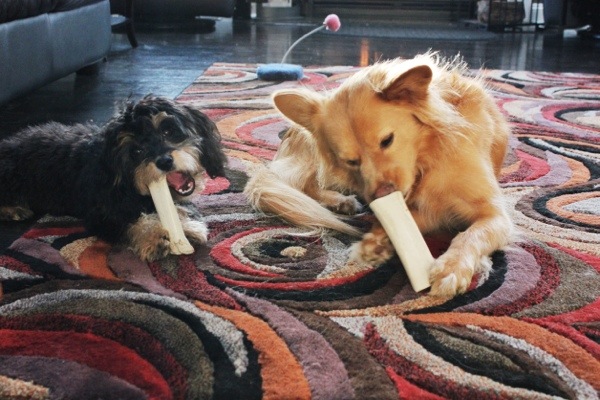 After all that tussling, they settled in to enjoy one of Stella’s favorite hobbies: chewing on bones! Parker wasn’t much of a chewer before he met Stella, but now he loves it so much that I caught him gnawing on my mom’s kitchen chair. And as the ultimate gesture of peace, Parker is chewing on Stella’s bone, and she is using his! True love.