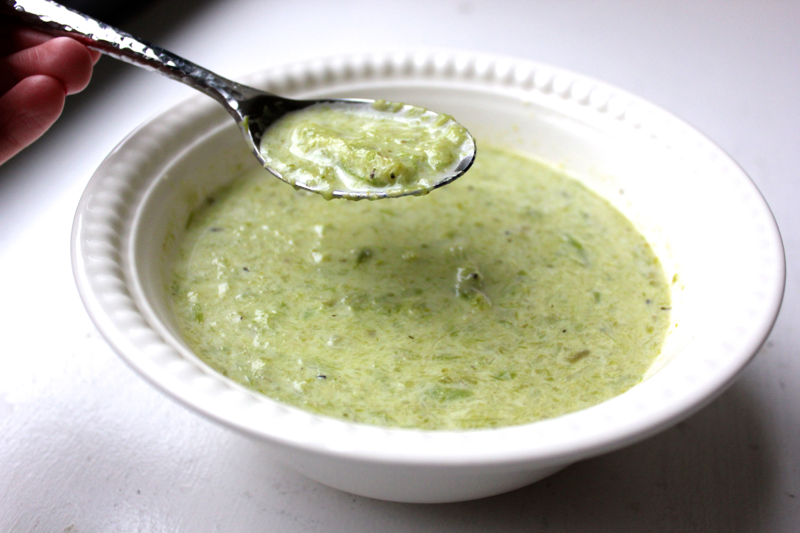 Amid the winter that never ends, this asparagus soup is our first sign of spring! In Europe, asparagus truly ushers in the spring season. Once the asparagus sprouts, it is EVERYWHERE! 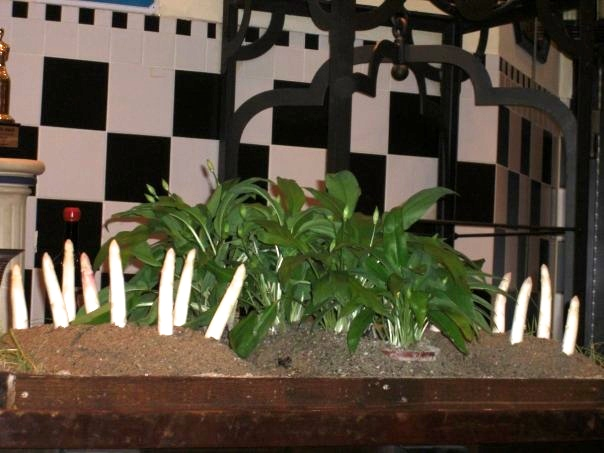 Even growing inside of restaurants in Munich! And it is so delicious. When I was studying in Paris, my friends and I did some traveling at the start of spring, and we had the privilege of sampling asparagus in many countries. Germany and Switzerland definitely had the best offerings. Asparagus appeared on our plates in all different colors (green, white) and sizes (skinny, insanely fat). But the best asparagus I ate was in Geneva, in soup, and it was ridiculously expensive because of the exchange rate. I still think of that soup all these years later, and this iteration is pretty close. If I served it in one of those lion head bowls, it would be even closer. 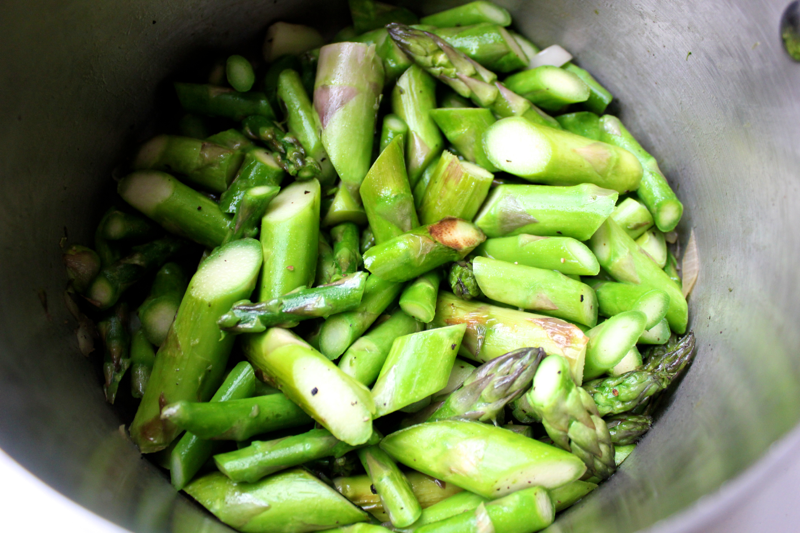 To make this soup, get 2 bunches (about 24 ounces) of the freshest, prettiest green asparagus you can find. Break the woody ends off of the bottom of the asparagus, and then cut the spears into large pieces. Also chop up 1 large shallot. Heat about 1 tablespoon of vegetable oil in a pot, add the asparagus and shallot, and sweat them until they soften somewhat. Season the asparagus with salt and pepper. 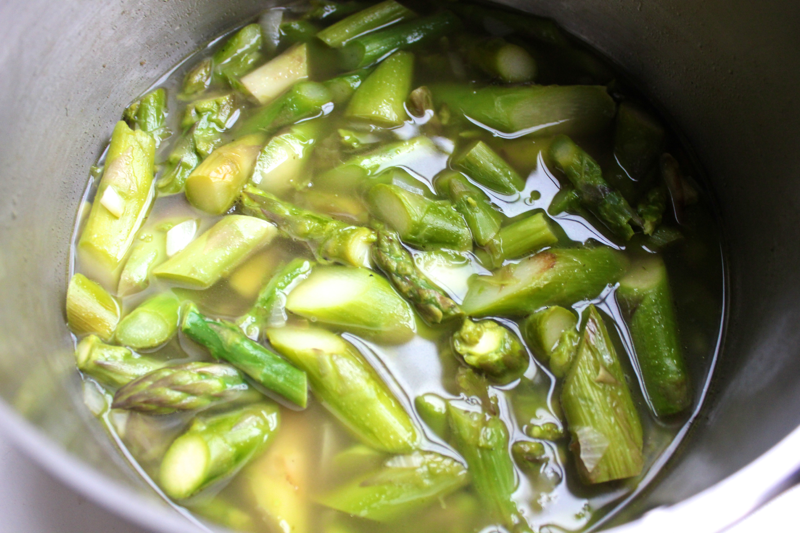 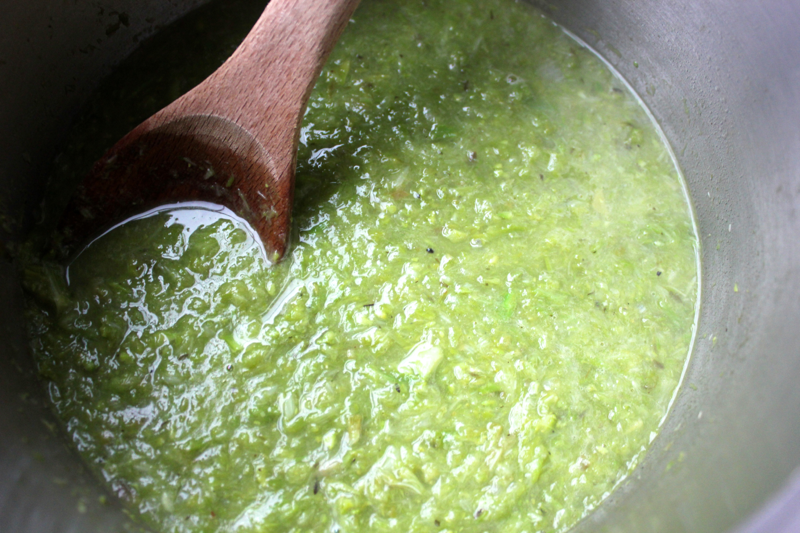 Once the asparagus is tender, REMOVE THE BAG OF SPICES FROM THE SOUP. Then, puree the soup. I wanted my asparagus soup to have a chunky texture, so I used an immersion blender to quickly chop the asparagus in each area of the pot. Season the soup to taste with salt. 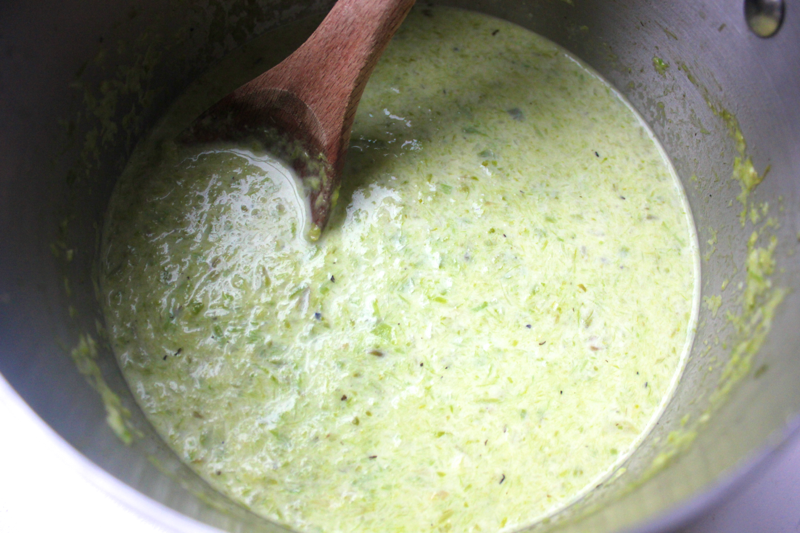 Next, pour about 1/3 cup of cream into the soup, and stir it to combine. Squeeze in about 1 tablespoon of lemon juice for some very balancing acidity. Taste the soup and adjust any seasonings. 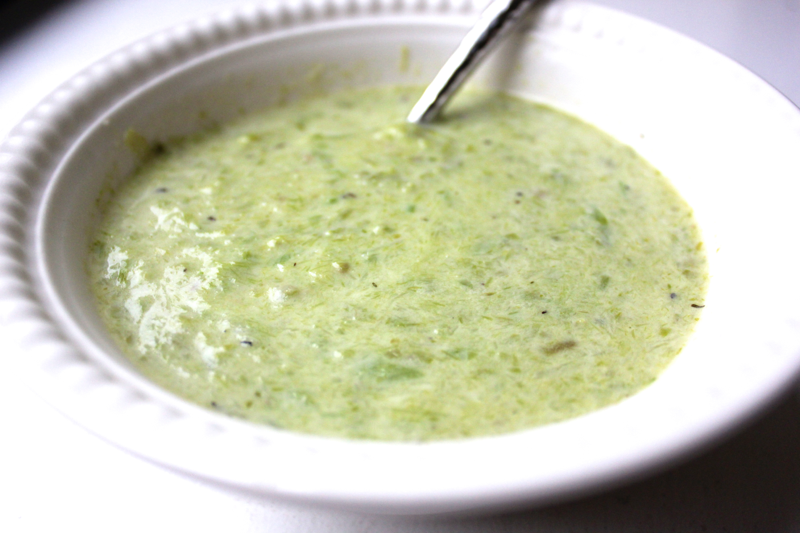 Serve the soup with crusty bread. After David ate one spoonful of this soup, he asked if there was cheese in it. It really does have a kind of melted cheese texture- substantial, somewhat thick, and perfectly decadent. Crave-worthy all around!