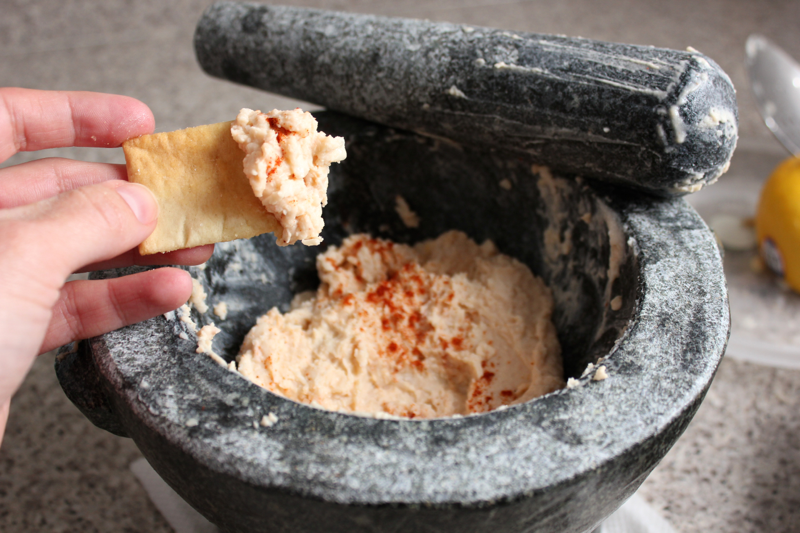 Prepare yourself for an overwhelming amount of granite/fake granite in these pictures! I made a big batch of white beans and had trouble using them up. Some went into soup, others went on tacos. I didn’t feel like adding any to pasta, so when my friend mentioned white bean hummus, I was inspired. My friend mixed her white beans with beets, and she said the result was delicious but that its color was off-putting. Given that this was my first time grinding up white beans, I decided to stick with a more traditionally-flavored hummus. And it’s fantastic! The texture is very similar to normal hummus, but it carries the white beans‘ earthier taste. As for the process, I might be making all of my hummus by hand from now on! 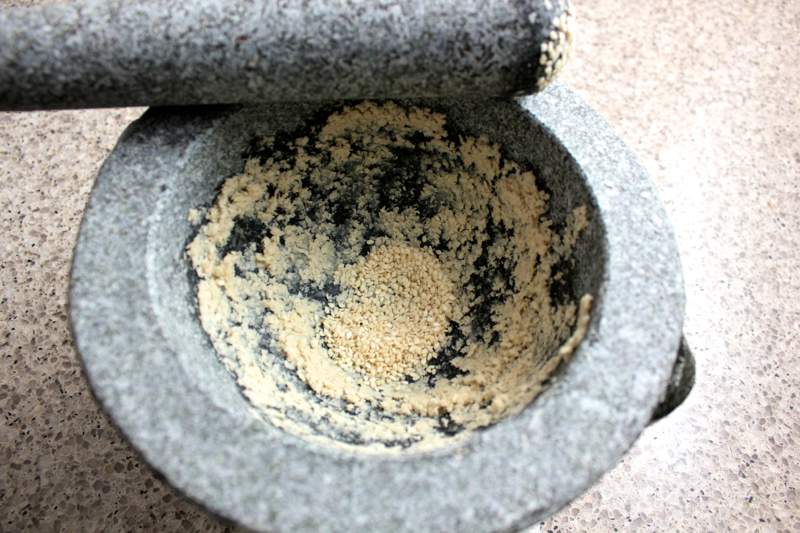 To make it, add 2 tablespoons of sesame seeds to a mortar, and grind the seeds up with a pestle until they turn into a thick paste. Add a small drizzle of sesame oil to the paste to enhance its flavor, and grind it in as well. Alternatively, you could use 2 tablespoons of tahini- my jar of tahini seems to have disappeared during my move. 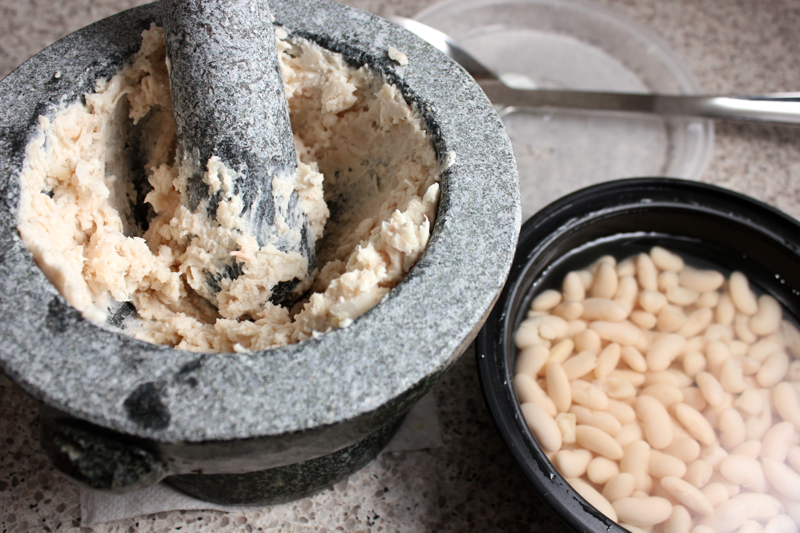 Add 1/2 cup of white beans to the mortar, and grind them up until they form a thick paste. The base of your hummus is now ready to be seasoned and flavored. 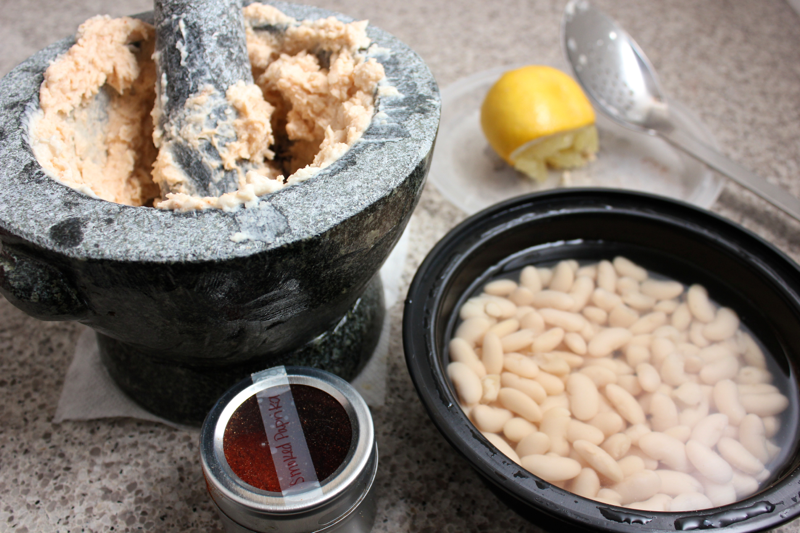 Squeeze in some lemon juice, and season the hummus with salt. Combine and taste. You can thin the hummus with a teaspoon or two of water if needed. I also stirred in some smoked paprika for a little bit of color and added flavor. I just realized that I never added olive oil, as I would with normal hummus, but I didn’t miss it at all. Use a spatula to scrape up the hummus from the bottom of the mortar to be sure that it is fully combined. Transfer the hummus to a serving bowl, and serve it with pita chips or raw vegetables for scooping. I am surprised by how much I enjoyed making this hummus by hand as opposed to using a food processor. I had much more control over the hummus’ texture; some areas were deliciously smooth, and other areas retained a degree of shapeliness. These two textures married perfectly into a rustic and substantial treat.