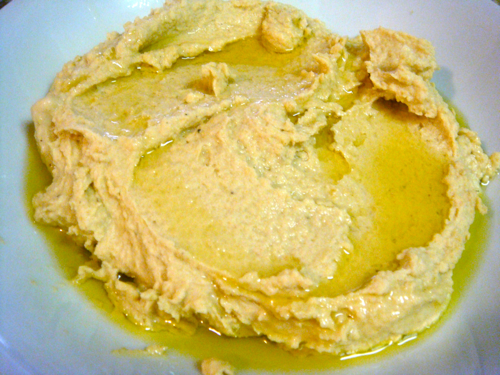 We recently bought a can of chickpeas. I don’t know why because I dislike chickpeas’ gritty texture. They have been banned from my salads! But I’m glad we bought them because it motivated me to finally try making hummus at home. And it’s delicious!! 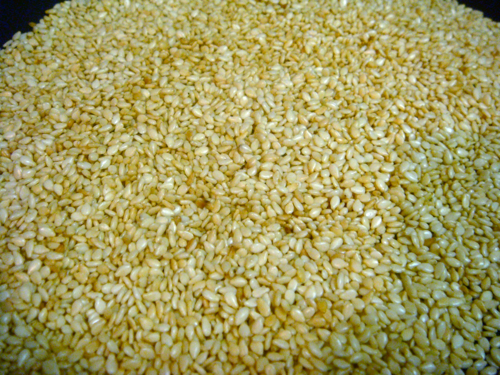 Unfortunately, I did not have any tahini (sesame seed paste), and Trader Joe’s (the only supermarket within walking distance of my apartment) did not carry it. No surprise there. So I decided to make my own. I toasted 1/3 cup of sesame seeds in a dry pan and then put them in the food processor and proceeded as if I was making nut butter (click for those instructions). 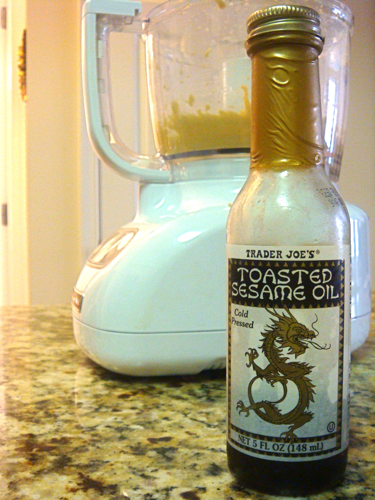 And it worked! The 1/3 cup of seeds yielded about 1/4 cup of paste. I thought the sesame paste looked a little too thick, so I added 1 teaspoon of sesame oil to it. 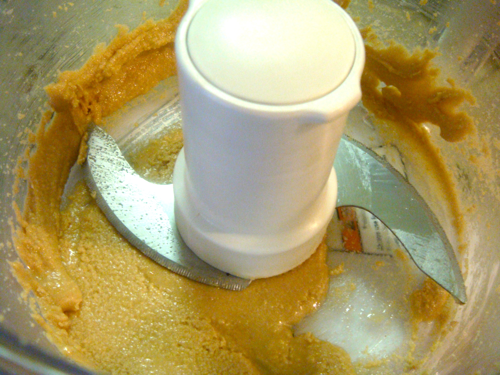 That seemed to do the trick. My tahini tasted like sesame and was pasty but not chalky.

Now on to the hummus: I wanted to make garlic hummus, so I dropped one clove of it into the food processor and chopped it up with the tahini. One clove made my hummus pretty spicy and garlicky, so you can omit this step if you don’t like garlic, or you could roast the garlic first to eliminate its bite. You could also experiment with adding other flavors like roasted red peppers. 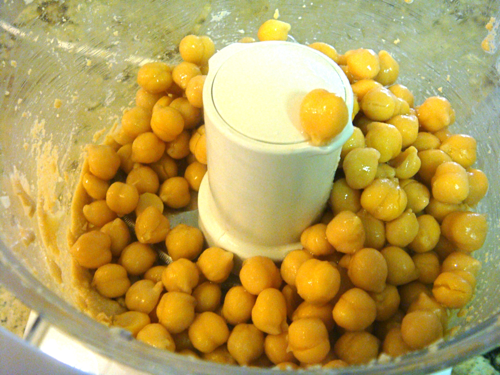 After my garlic was chopped, I strained the liquid from one 15 oz. can of chickpeas (also known as garbanzo beans) and dumped the peas into the food processor. 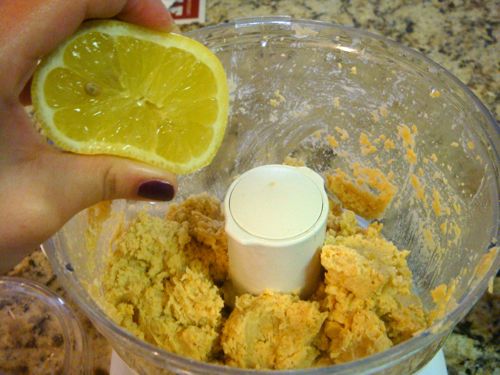 After they were coarsely chopped, I squeezed in the juice of half of a lemon. My lemon was very juicy, so you could add a whole lemon if you want more acidity in your hummus. I also added 2 1/2 tablespoons of olive oil along with some salt and pepper. After running the food processor again, my hummus was still too thick, so I added 1 tablespoon of water. 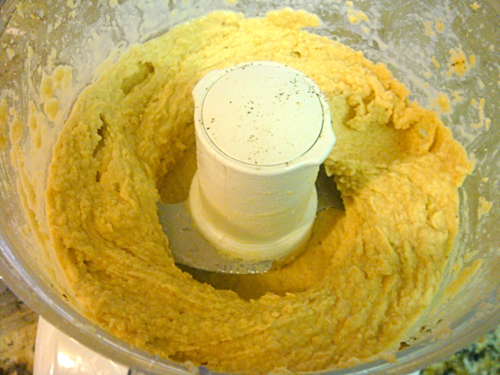 Taste your hummus as you go and adjust your seasonings accordingly. I ended up with about 2 cups of hummus. 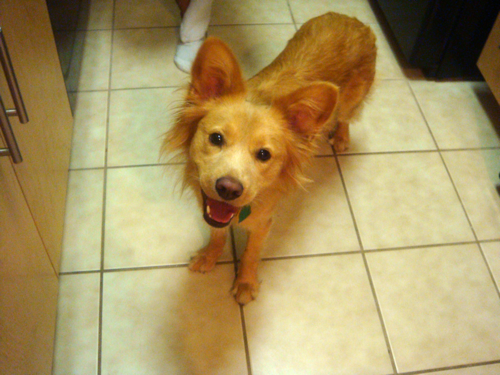 At this point, there were six pairs of feet in the kitchen waiting to eat the hummus. Only the human pair was allowed to dig in…sorry pup. 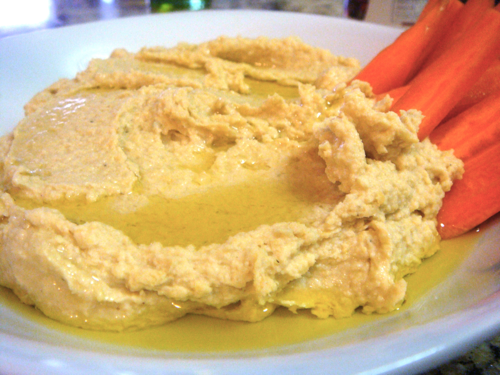 Once the hummus tastes and looks like you want it to, put it in a serving bowl and drizzle some more olive oil and lemon juice over the top. We scooped up our hummus with carrot sticks. This hummus definitely tastes better than any I’ve ever purchased from the store, and it would make a great dip for your next party!