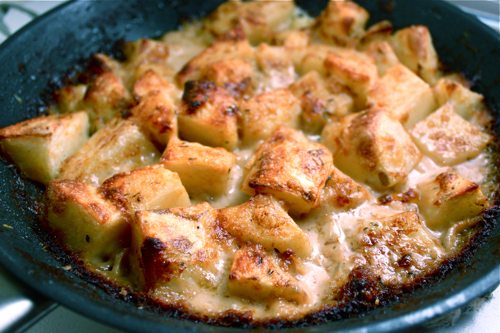 I love potatoes, I love cheese, and I love them together even more! This potato gratin is particularly easy to make because it doesn’t require you to thinly slice the potatoes as you would in the traditional version. Instead, you cut the potatoes into chunks, which saves a ton of time but is equally as delicious. 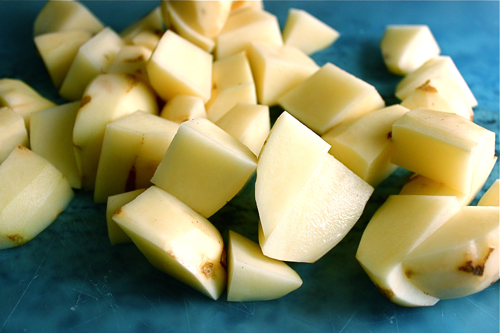 To make this gratin, peel 3 baking potatoes and cut them up into 1 inch pieces. So simple! 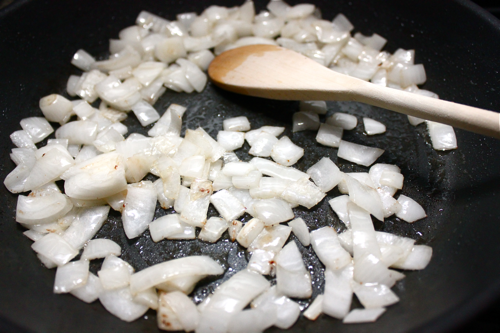 In a 10 inch, non-stick, oven-proof skillet, melt 1 tablespoon of butter. Add in a diced shallot or small onion and cook it until it softens. What a fabulous smell onions and butter make! 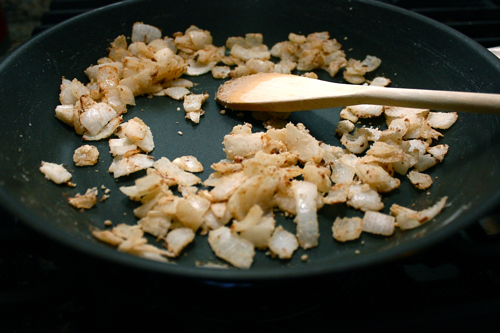 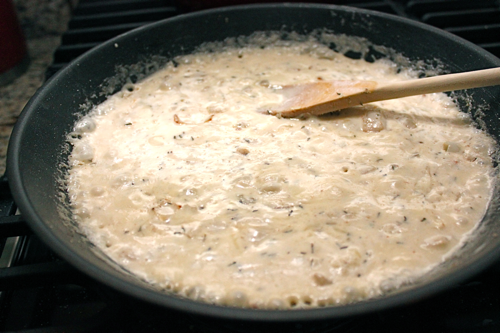 Add 1/2 cup of chicken stock and 1/2 cup of cream to the onions and stir it all around. Season the mixture with thyme, salt, and pepper. Add in 1 cup of shredded gruyère cheese, and stir it around until it melts into the sauce. 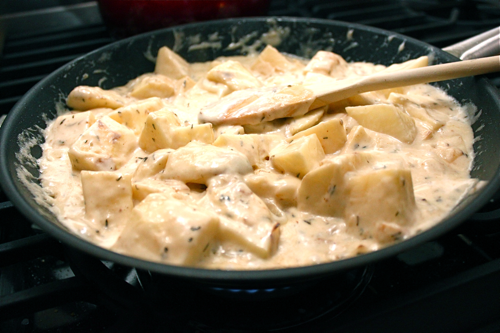 Add your potatoes to the pan and stir them around until they are completely coated in the cheesy mixture. I kept finding a reason to stir the potatoes so I could lick the spoon. It’s just so good. Cover your pan and let the potatoes cook over medium heat for 15 minutes. While they’re cooking, preheat your oven to 375ºF. 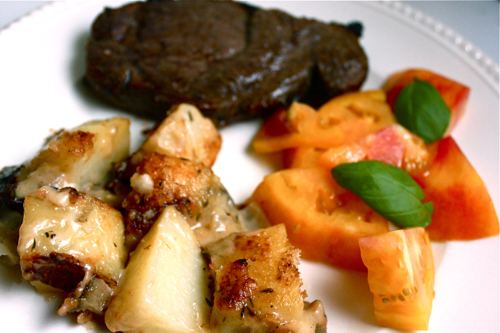 When the 15 minutes are up, sprinkle 1/4 cup of grated parmesan cheese over the potatoes. Put the pan in the oven and let the potatoes cook for 30 minutes until the cheese is golden brown. These potatoes have such an incredible flavor. You can even eat them with breakfast! Bon appétit!

This recipe is from Williams and Sonoma. They have a ton of great recipes on their website!