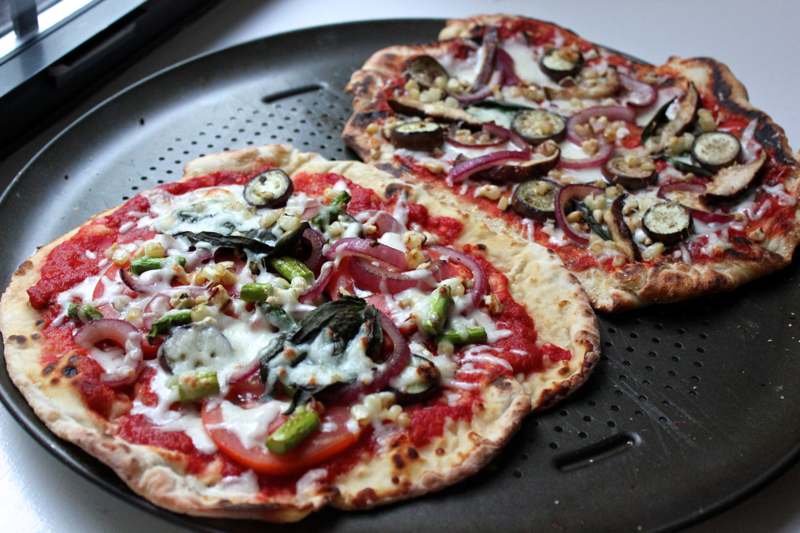 I have pizza cravings more frequently than is normal, and I don’t have a good stand-by pizza place that I can call to satisfy my urges. The delivery pizza around here just doesn’t cut it. There are a few eat-in restaurants that I really like and, believe it or not, a mobile wood-oven pizza truck that pops up at local farmers markets that I’m obsessed with. I also really like making pizza at home, and at my cooking class, I learned how to make pizza on the grill! Unfortunately, I don’t have a grill, so I adapted the method for tortured, apartment-bound souls like me and grilled the pizza crust in a cast iron skillet. It did a pretty decent job of adding that toasty flavor! 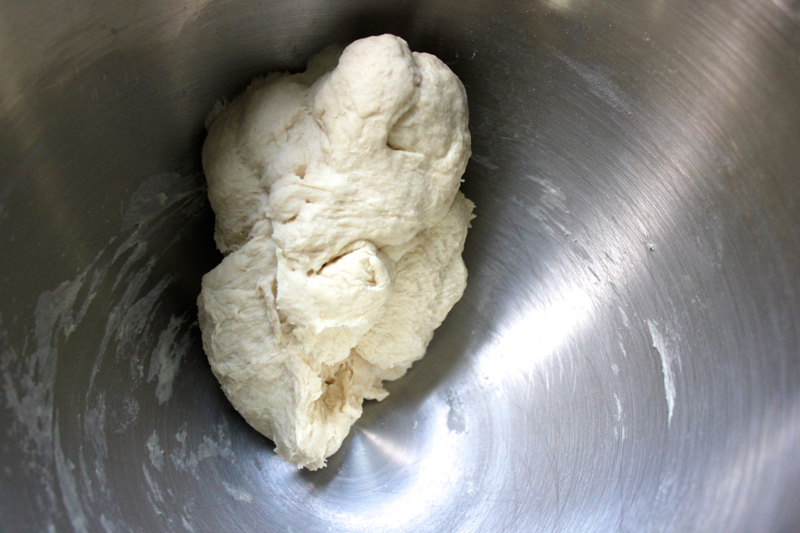 To make the pizza dough, sprinkle 1 packet of active dry yeast over 3/4 cup of warm water in the bowl of a stand mixer. You can also make this pizza dough in a food processor, but be careful removing the dough from the blades! Once the yeast particles have sort of dissolved and lost their individual shapes (if the yeast doesn’t react like this, toss it and start with a new packet), add 1 tablespoon of olive oil, 1/2 cup of flour, and 1 teaspoon of salt to the bowl. Turn the mixer on (using the paddle attachment), and continue adding 1/2 cup of flour at a time until the dough forms a ball and pulls away from the sides of the bowl (it will usually take about 2 cups total). You might have to increase the mixer’s speed to get the dough to completely pull away. 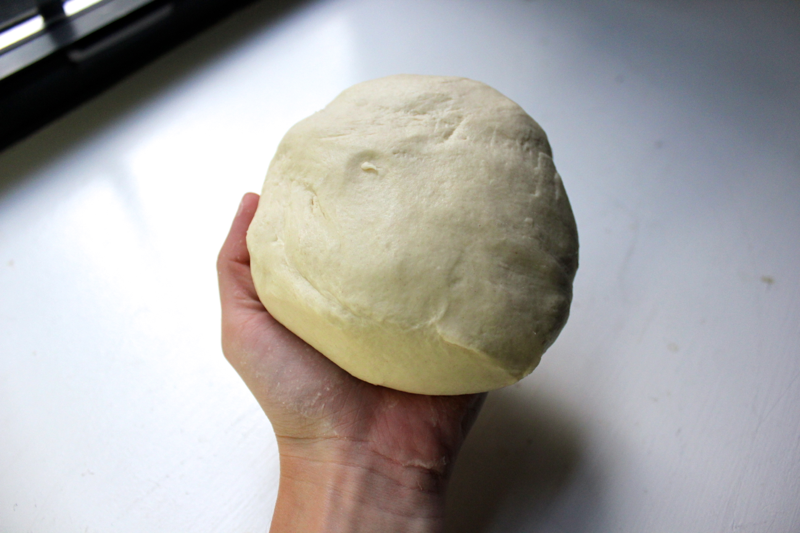 Turn the dough out onto a floured surface, and knead it very well for as long as you can. The kneading process will create gluten strands that will give your dough a great texture. Knead until your arms can’t take it anymore- about 10 minutes! Don’t worry, you’ll make up all of those burned calories with the delicious pizza you’re about to eat 🙂 The dough should be nice and elastic. 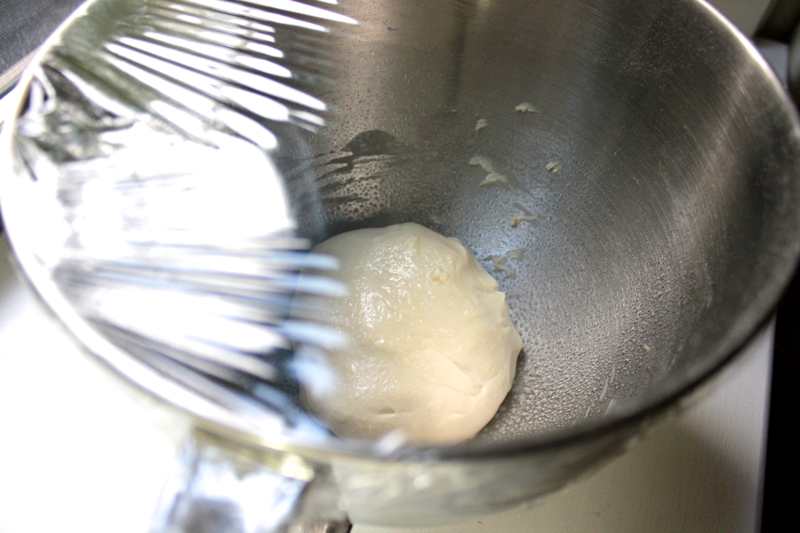 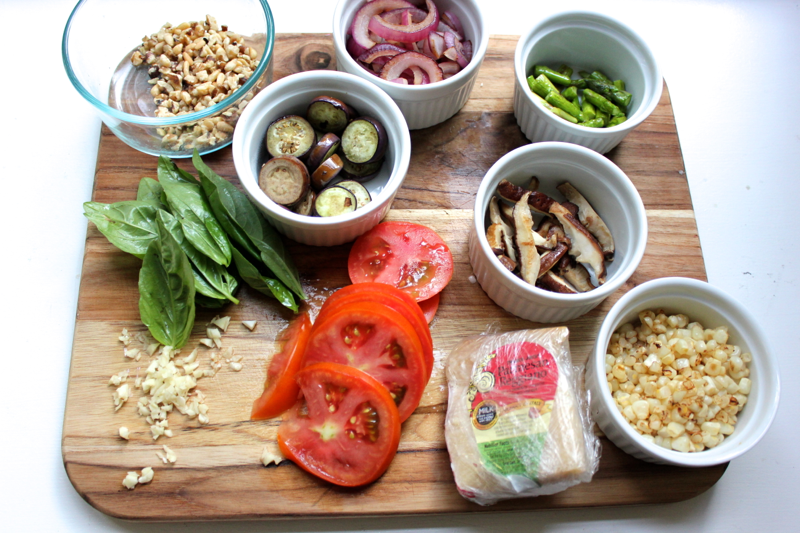 If you’re going to make your pizza on the grill, then you need to pre-cook your pizza toppings. You can prepare them while the dough is rising. I sautéed corn, eggplant, onion, asparagus, and shiitake mushrooms. I also toasted some walnuts and pine nuts and minced some garlic. 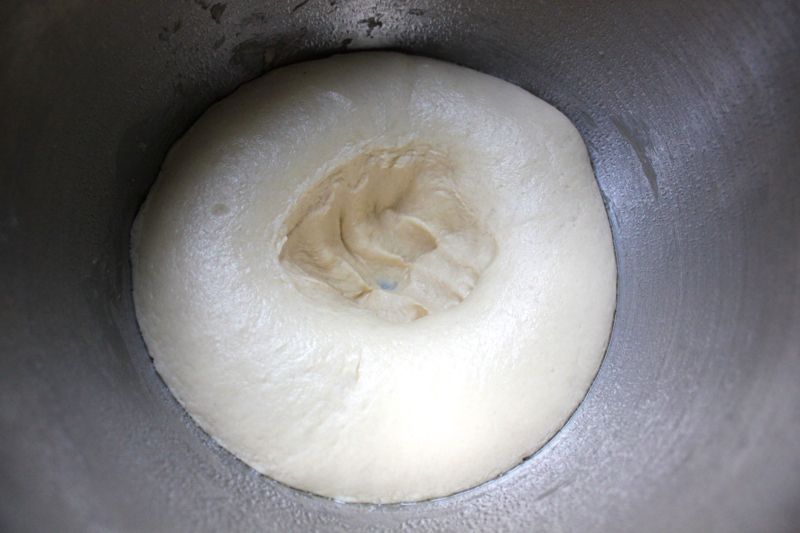 After the dough has doubled in size, about 40 minutes to 1 hour, punch it down. 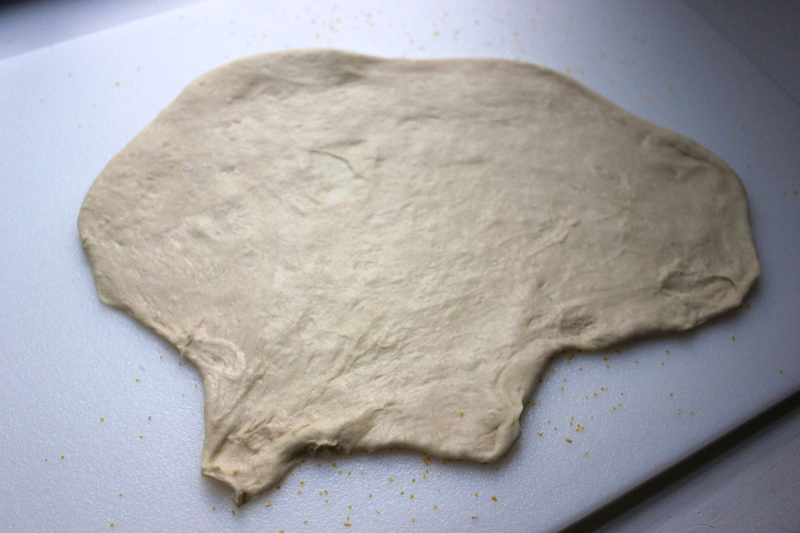 Knead the dough a few times, then transfer it to a floured surface, and use a rolling pin to roll out a thin crust (yum!). If you’re going to be cooking your pizza dough on a real grill, then spread some cornmeal on a cutting board or on the back of a baking sheet, and put the dough on top. If you’ll be grilling it in a skillet, just flour both sides of the dough very well. 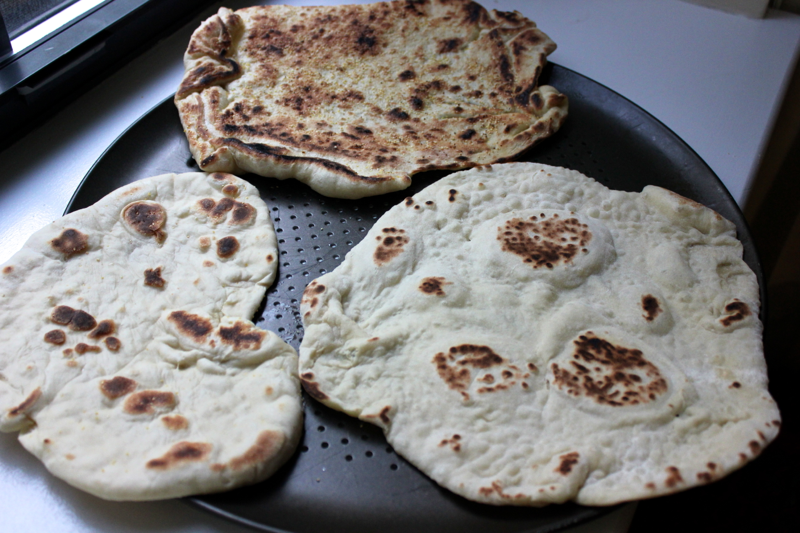 If you’re using a grill, make a motion like you’re pulling a table cloth out from under a bunch of glasses, and slip the pizza crust onto the grill. After about one minute, the bottom should be fully cooked, so flip it over. With the crust on the grill, add your toppings, and cover the grill to let the cheese melt. If you’re using a skillet, make sure it’s very hot, and then place the dough in. After about a minute, flip the crust over, and let it cook on the other side. Transfer the crust to a baking sheet, and continue browning your other pieces of dough. My skillet was only so big, so I had to make 3 crusts. 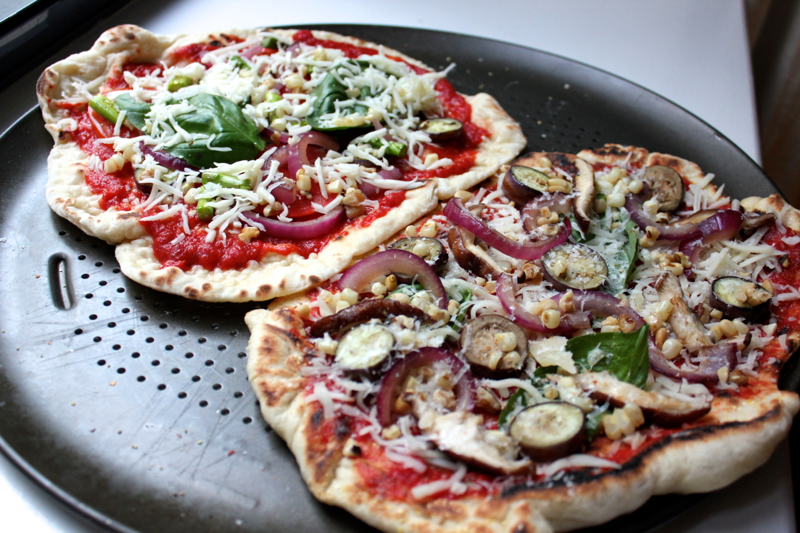 Put your favorite toppings on the crust. 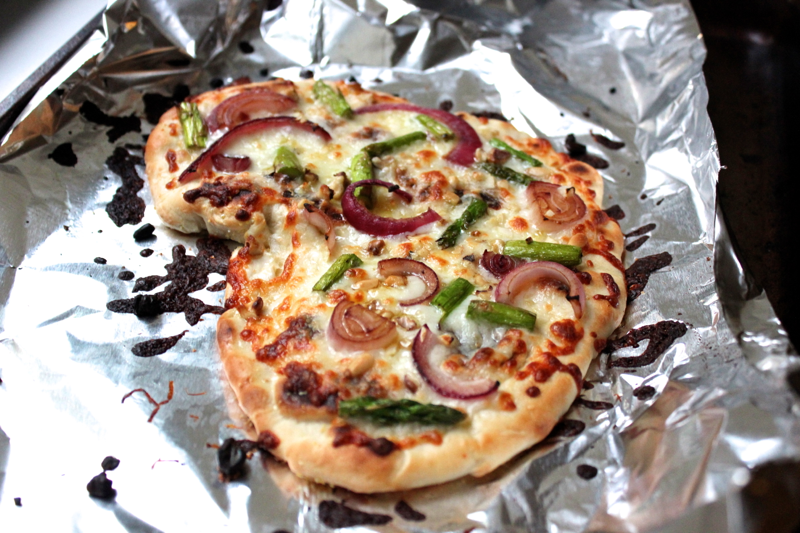 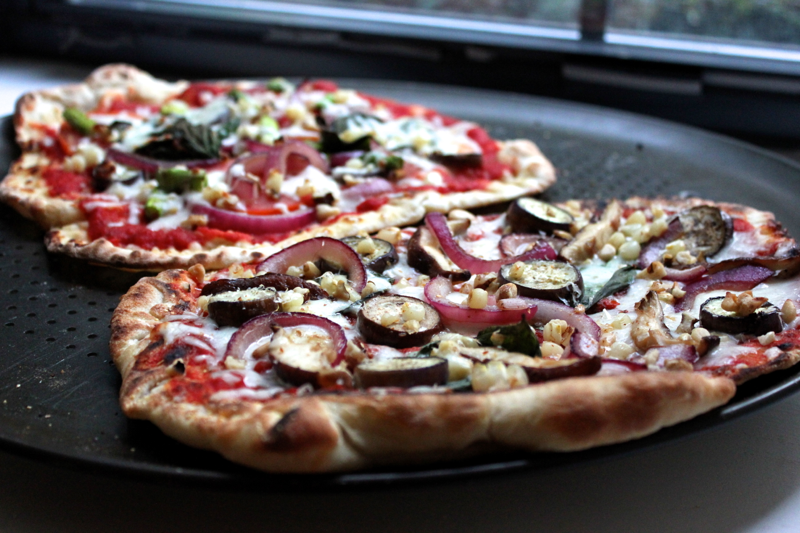 Then, slice your pizzas and enjoy crunching into them! I love the toasty thinness of the crust and the delicious toppings. And now I’m getting another craving…