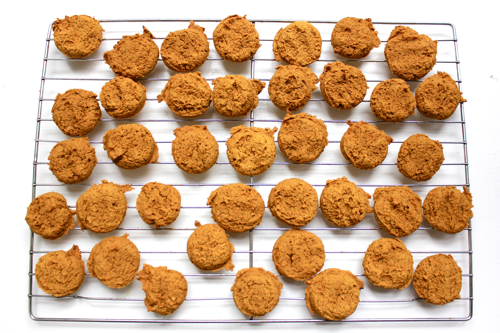 Stella Puppy loves her treats, which is good because I enjoy making them for her. The most recent batch is pumpkin and cinnamon, and it smells really good. Stella thinks they taste good too, but they are a little bitter and dry for human tastes. Pumpkin is really good for dogs’ digestion, but Stella won’t eat it on its own. Concealing it in these treats makes us all happy! 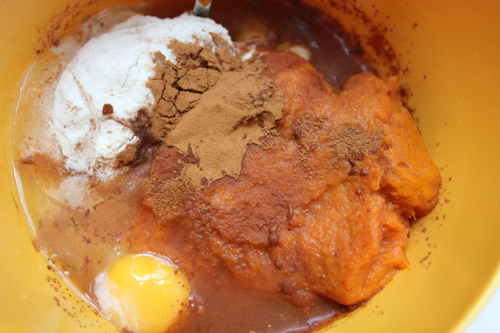 To make these treats for your own special pal, pre-heat your oven to 350ºF. Then, mix together 1 cup of oat flour, 1 cup of brown rice flour, 1 cup of pumpkin, 1 egg, 1/3 cup of water, and 1 teaspoon of cinnamon. I found the flours at a farmer’s market (the kind that has its own permanent building), but I’d bet that Whole Foods carries them too. 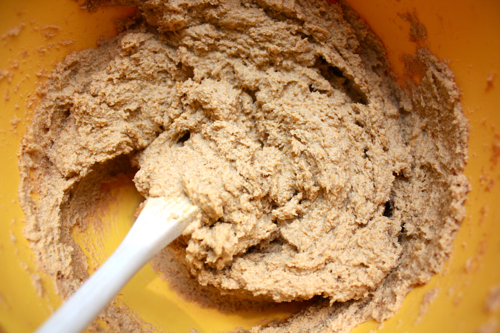 The batter for these treats is pretty wet and almost spongey, very unlike the peanut butter banana treats I’ve made Stella before. This means that you can’t roll them out into cute shapes, and it also takes longer for them to get crispy in the oven. 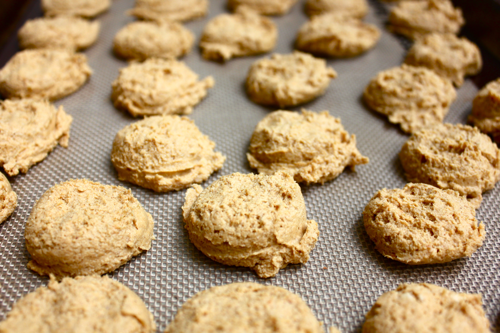 Instead, scoop these treats out into tablespoons (I use a small ice cream scooper to make the process easier and more consistent) on an ungreased cookie sheet. You can put the treats close to each other because they don’t spread when they bake, and you can also press down on them a little if you want flatter treats. Put your treats into the oven and let them bake for 25-30 minutes or until they harden and turn a darker color. Make sure they cool completely before you give them to your dog. 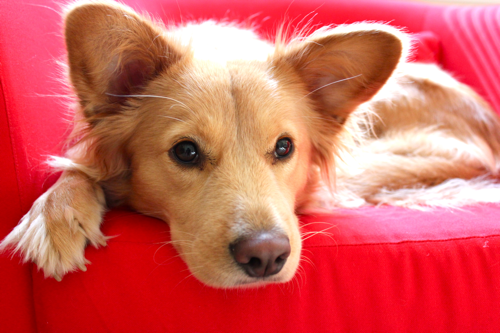 Once Stella got a whiff of the treat, she eyed it carefully. 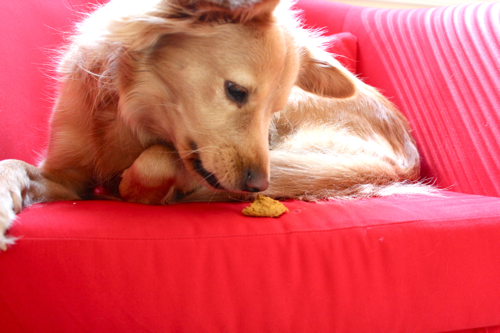 Then she gave it a curious sniff. 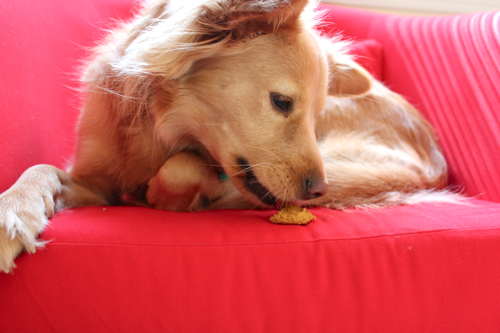 And a happy lick. 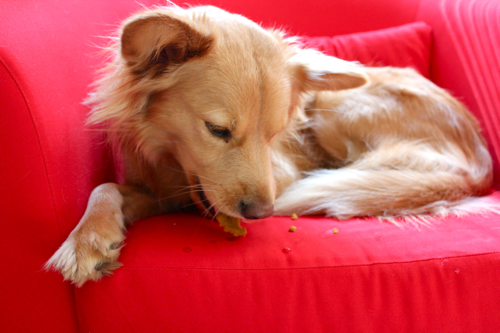 Then she snatched it up into her little mouth and started to chew, chew, chew. 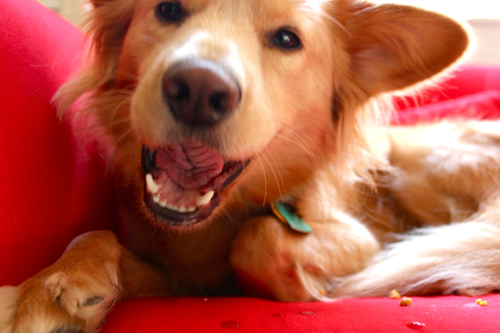 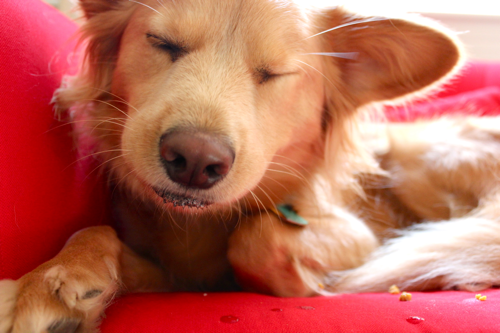 MMMMmmmmmmm, she liked it. She even made this blissful face, closing her eyes to fully savor the pumpkiny goodness. With just a little drool on her lips.